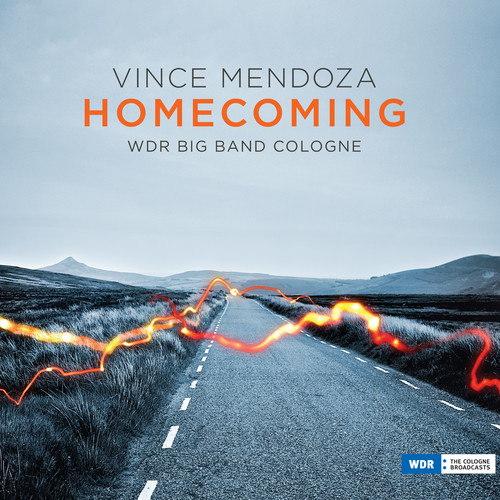 2017 release. For Homecoming, there was only one guideline: All compositions had to be by Vince Mendoza. The second condition was set by the Vince himself: He wanted to use only newly written pieces - and it goes without saying - they were made to measure for the WDR Big Band. The band appreciated his high level of commitment. The recording shows, that permanently employed musicians of a broadcasting house orchestra, working in a well-organized setting, are not necessarily just "finishing a project" but can be inspired and at ease when performing. There is no hint of this tiring theme/solo/solo/solo/theme-pattern as Vince Mendoza is a true master of the organic form and the musical arc, a master of densely interwoven musical thoughts. The six- to nine minutes long compositions are complex and intensive without being excessive - on the contrary: the music breathes.