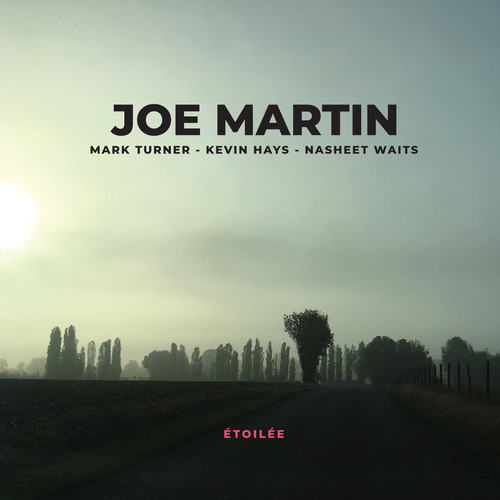 There is an energy that a strong family dynamic can stir. A parent viewing the world through their children's eyes generates a wide spectrum of feelings. It is with his family as a source of strength that bassist and composer Joe Martin created the music for his new recording, Étoilée. Martin, himself a product of a musical upbringing, lives with his Parisian-born wife in Brooklyn where they have been raising their young Franco-American family of two sons and a young girl, whose middle name Étoile inspired the name of the recording. // Originally hailing from the Midwest, Martin moved to New York City in the mid-90s and has since carved a place at the forefront of jazz as one of the most respected and sought after bassists in the City. His skills as an accompanist and his unique solo voice have propelled bands led by Mark Turner, Gilad Hekselman, Chris Potter, Edward Simon, Anat Cohen, Kurt Rosenwinkel, and many more. Melodic and poetic, Étoilée is a musical tapestry that captures both his writing and bandleading talents. For this session, he assembled a group he leads regularly in New York: Mark Turner, Kevin Hays, and Nasheet Waits.