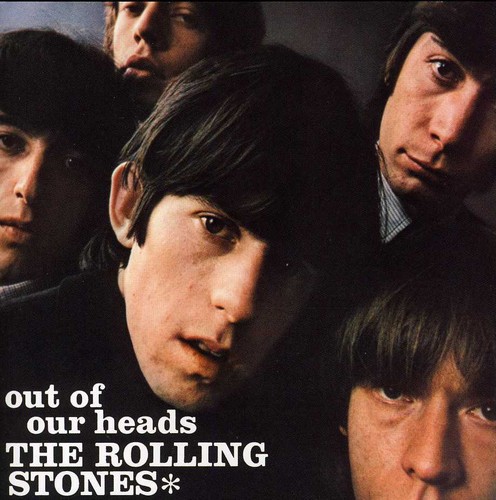 Out Of Our Heads
Artist: The Rolling Stones
Format: CD
New: Available In Store 13.99
Wish

Remastered USA version of their 1965 first number one album in America. The different cover art photo was shot by British fashion photographer David Bailey. The album featured "(I Can't Get No) Satisfaction" as the opening track on side two of the LP, which was also their first number one single on the Billboard chart. This is a much more R&B oriented album, with less out and out blues. It also the first with more band originals than covers. Other key tracks include "The Last Time", "Play with Fire", & "Cry to Me".

''Out of Our Heads'' is The Rolling Stones' third British album and their fourth in the United States. It was released in 1965 through London Records in the US on 30 July 1965, and Decca Records in the UK on 24 September 1965 (in both mono—catalogue number LL3429; and in stereo—PS429), with significant track listing differences between territories. - Wikipedia