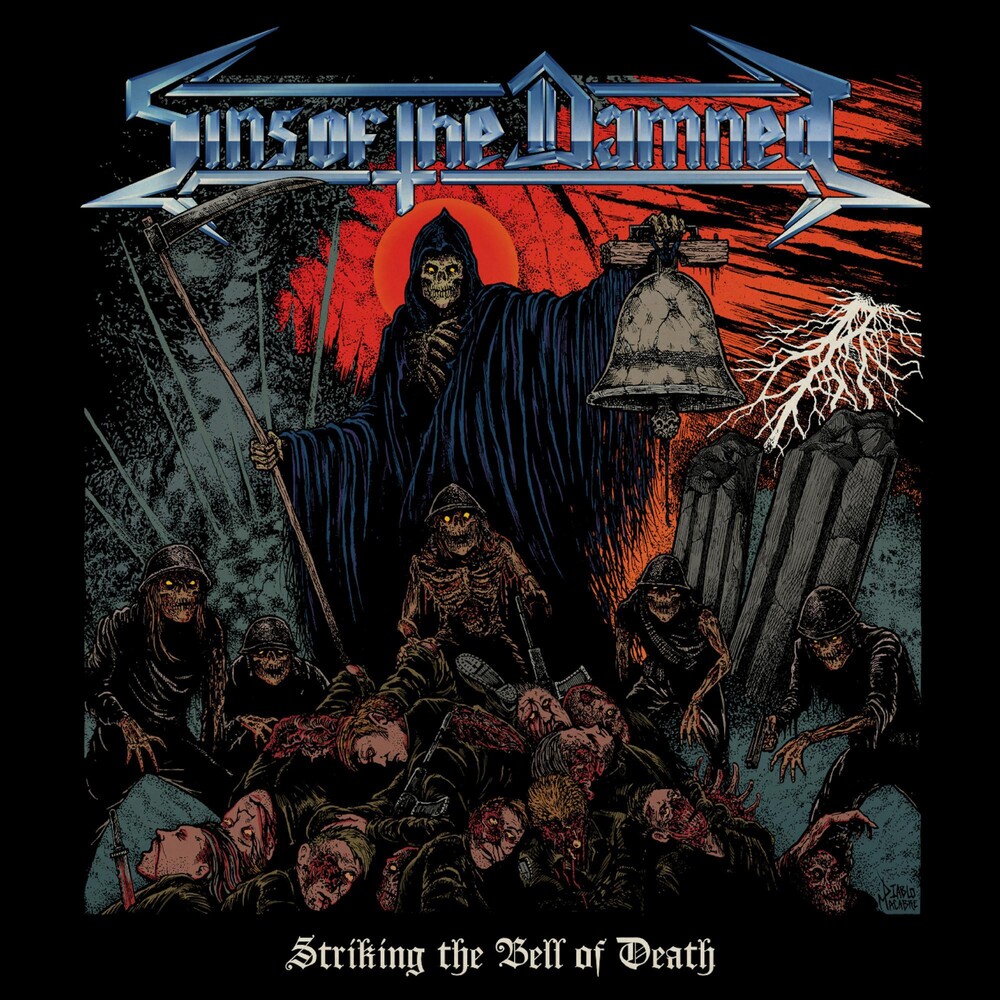 Striking The Bell Of Death
Artist: Sins Of The Damned
Format: CD
New: OUT OF STOCK. Contact us for availability.
Wish

Formed in 2013 in the city of Santiago, Sins of the Damned have become a cult institution in their homeland of Chile, itself a hotbed of heavy metal mania. The band self-released their first couple of demos, totally DIY but 100% professional, and prodigiously perfected their craft with subsequent short-length releases every year since. And now, at last arrives the full distillation of Sins of the Damned's eternal, unyielding aesthetic: the full-length Striking the Bell of Death! For a debut, Striking the Bell of Death does everything it should: consolidate all of Sins of the Damned's strengths, unveil previously hinted-at elements, and deliver them in a powerful production. The beauty (or is that ugliness?) of Sins of the Damned is that the quartet maintain such a classic sound, drinking deeply of metal's rich history, and yet exude a freshness of approach that results in something legitimately, respectably modern. Striking the Bell of Death is full, furious proof of that, exhibiting absolutely masterful songwriting - hooks, energy, and passion - while roughening it up in a manner almost blackened (but not too much!).