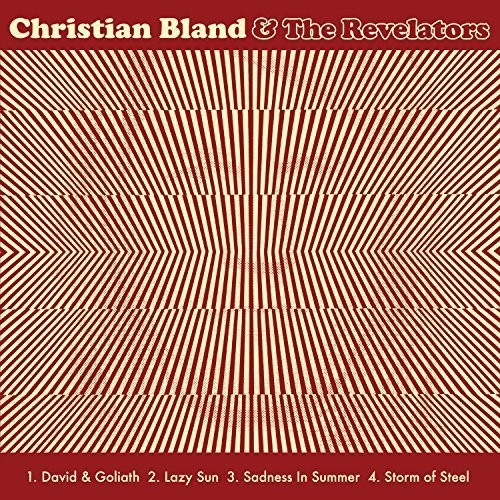 CHRISTIAN BLAND Christian Bland is best known as the guitarist for The Black Angels, and one of the founders of Levitation, formerly knows as Austin Psych Fest. His solo project, Christian Bland and The Revelators highlights his signature sound and contributions to one of modern psychedelic rock's biggest bands, while providing an open canvas to explore different ideas and influences. Christian's side of this split EP collects b-sides from his 2014 LP, ''The Unseen Green Obscene.' CHRIS CATALENA As a staple of both the psychedelic rock and Americana scenes in Austin, TX, Chris transcends contemporary genres and styles - reaching across musical aisles. The songs on Chris' side of this split EP were largely conceived during Chris' stay in the hills of Laurel Canyon and Hollywood, California. These tracks, produced by Rob Campanella (The Brian Jonestown Massacre), also feature the percussion of Nelson Bragg (Brian Wilson's Band) as well as guest appearances from Alex Maas (The Black Angels) and Stephanie Hunt (Glee).