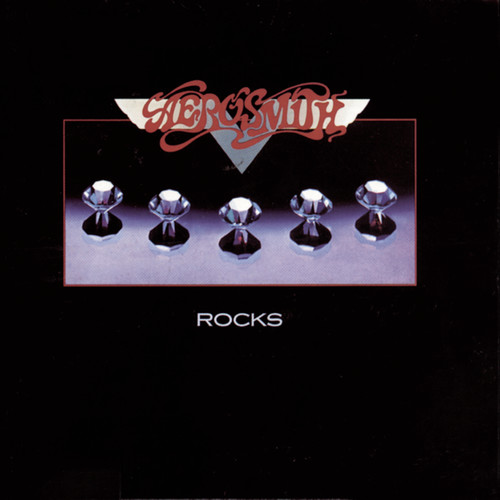 This 1976 platinum platter remains one of the great rock albums of all-time, featuring the raunchy opening blast of Back in the Saddle ; the funky Last Child; Combination, Rats in the Cellar and more.

''Rocks'' is the fourth album by American rock band Aerosmith, released May 3, 1976. Allmusic described ''Rocks'' as having "captured Aerosmith at their most raw and rocking". ''Rocks'' also ranked #176 on ''Rolling Stones list of the 500 Greatest Albums of All Time and is also noted in musician Kurt Cobain's top 50 favorite albums in his journals. Additionally, it has greatly influenced several people in the hard rock and heavy metal community, including members of Guns N' Roses and Metallica.

The album was also a commercial success, charting three singles on the Billboard Hot 100, two of which reached the Top 40 ("Back in the Saddle" and "Last Child"). The album also was one of the first albums to ship platinum when it was released. The album has since gone quadruple platinum. - Wikipedia