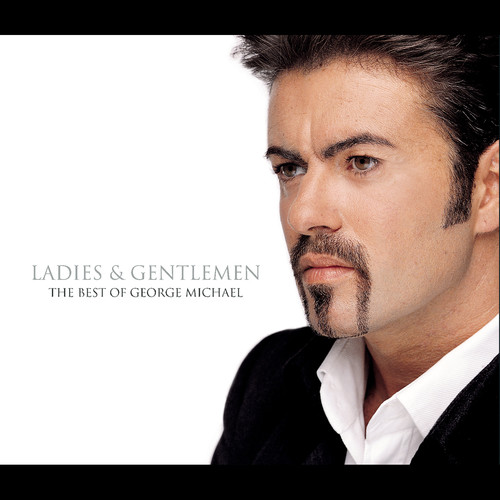 This double set featuring 29 songs includes 15 U.S. Top 10 Pop hits. Among these are 8 U.S. #1s, beginning with "Careless Whisper" in 1985 and continuing with "One More Try" (a #1 R&B hit) and "Faith." Also, George's #1 duets with Elton John ("Don't Let the Sun Go Down on Me") and Aretha Franklin ("I Knew You Were Waiting"), songs previously only on tribute and compilation albums, plus 3 new tracks including the 1st single/video "Outside" and a duet with Mary J. Blige ("As").

''Ladies & Gentlemen: The Best of George Michael'' is a greatest hits collection released by George Michael in 1998 (see 1998 in music).

The collection of 28 songs (29 songs are included on the European and Australian release) are separated into two halves, with each CD of the double set containing music of a particular theme and mood. The first CD, titled "For the Heart", predominantly contains Michael's hit ballads, while the second CD, "For the Feet", comprises mostly his popular dance tunes.

''Ladies & Gentlemen'' is notable for containing a large number of compilation tracks and duets that have not previously appeared on a George Michael album, including his U.S. number-one duet with Aretha Franklin, "I Knew You Were Waiting (For Me)", previously available on Aretha Franklin's 1986 album ''Aretha''; "Desafinado", the duet in Portuguese with Brazilian legendary singer Astrud Gilberto; and the Elton John duet "Don't Let the Sun Go Down on Me", from Elton's 1993 album ''Duets''.

''Ladies & Gentlemen'' was released by Michael through Sony Music Entertainment as a condition of severing contractual ties with the label (Michael departed Sony with a great deal of acrimony and publicity prior to the release of ''Older'' in 1996). He would later return to Sony to release his 2004 album ''Patience''.

"Outside" was the first single from the album. The song was a humorous look at his arrest shortly before the release of the album for soliciting a policeman in a public restroom.

"As", Michael's duet with Mary J. Blige, was released as the second single in many territories around the world. It reached #4 in the UK Singles Chart. The track was left off the North American release of the album. There were rumours that Blige's label was uncomfortable with Michael being gay, but this is contradicted by Blige's embracing of her large gay fan base (see her recent cover story in ''The Advocate'' magazine where she said "most of my fans are gay").

To date, the album has reached worldwide sales of approximately 15 million copies.

"Waltz Away Dreaming", Michael's duet with Toby Bourke, was only available on the cassette and MiniDisc versions of the album. - Wikipedia