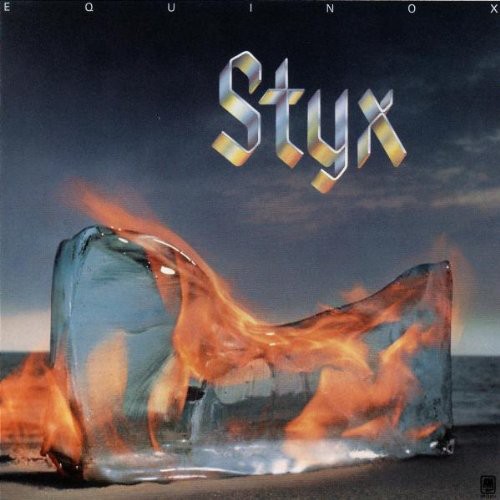 A sea of synths and the soaring vocals of Dennis DeYoung helped this 1975 LP and it's single Lorelei become sizable hits. Also includes the rousing album opener Light Up ; the dramatic ballad Suite Madam Blue ; the fan favorite Lonely Child, and more!

The album was the band's first release for A&M Records (with whom they signed earlier in 1975, after the unexpected success of the single "Lady").

The album also marked the final appearance of original Styx guitarist John Curulewski who left abruptly following the release of Equinox. The band went into a frantic search to find a replacement for their upcoming tour to support Equinox. Soon after, they found Tommy Shaw.

The album's biggest hit was the track "Lorelei", which was Styx's second US Top 30 hit. Another well-known song in the album was "Suite Madame Blue," which was written about the upcoming Bicentennial of the US. The track became a staple for all Styx tours with Dennis DeYoung.

Although Equinox stalled at #58, it went Gold in 1977 shortly before the release of ''The Grand Illusion''. - Wikipedia