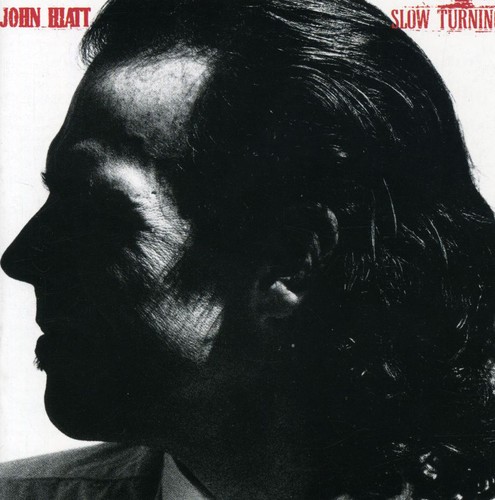 ''Slow Turning'' was singer-songwriter John Hiatt's ninth album, released in 1988. It provided Hiatt's only significant radio hit with the title track, which features the memorable line "I'm yelling at the kids in the back, 'cause they're banging like Charlie Watts". The single "Slow Turning" was also featured in the 2002 motion picture drama the "The Rookie" which starred Dennis Quaid. "Feels Like Rain" would later be covered by Buddy Guy on an album of the same name and was featured in the 2004 Kate Hudson movie "Raising Helen". "Drive South" would become a country hit for Suzy Bogguss in the early 1990s. Though not credited on the album cover, Hiatt is backed by The Goners. - Wikipedia