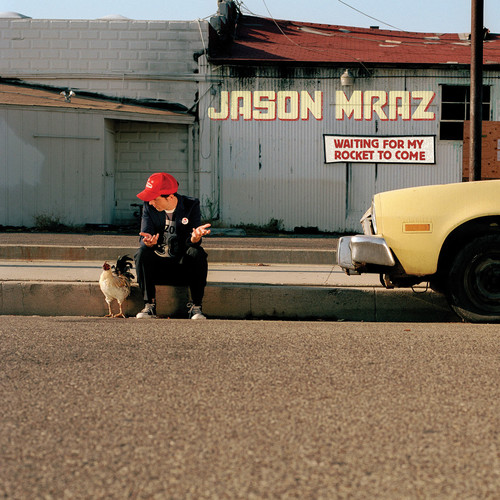 Double vinyl LP pressing. Waiting for My Rocket to Come is the first major-label album and fourth overall by singer-songwriter Jason Mraz, originally released in October, 2002, by Elektra Records. It was his only studio release on that label before he moved to Atlantic Records. Mraz first came to prominence in the San Diego coffee shop scene in 2000. In 2002, he released his debut studio album, Waiting for My Rocket to Come, which contained the hit single "The Remedy (I Won't Worry)". Mraz has won two Grammy Awards and received two additional nominations, and has also won two Teen Choice Awards, a People's Choice Award and the Hal David Songwriters Hall of Fame Award. He has earned Platinum and multi-Platinum certifications in over 20 countries, and has toured in North America, South America, Europe, Asia, Australia, the Middle East and parts of Africa.