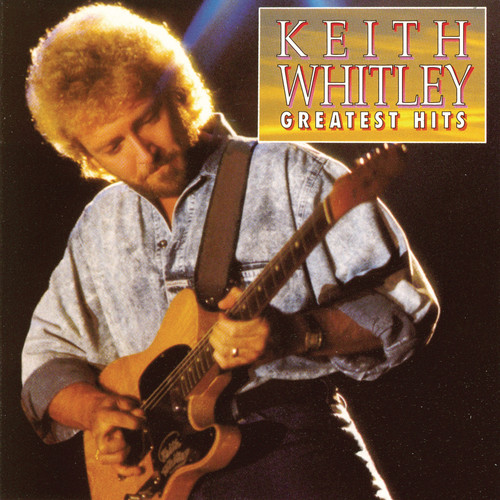 The late country singer's platinum selling first Greatest Hits album originally released in 1990, one year after his tragic death from alcoholism. Coming from a bluegrass background, his lonesome singing style was influenced by the Stanley Brothers & Lefty Frizzell. He released his debut album 'A Hard Act to Follow' in 1984 & married country singer Lorrie Morgan in 1986. He only released two albums while he was alive. Several posthumous releases & collections were released after his death only adding to his musical legend. His influence on modern country lives on.

''Greatest Hits'' is country music artist Keith Whitley's first greatest hits album, released a year after his death. It was released in 1990 by RCA Records. It peaked at #5 on the Top Country Albums chart, and was certified platinum by the RIAA. One single was released from it: "'Til a Tear Becomes a Rose", an overdubbed duet with his widow, Lorrie Morgan. It peaked at #13 on the Billboard Hot Country Singles & Tracks chart. - Wikipedia