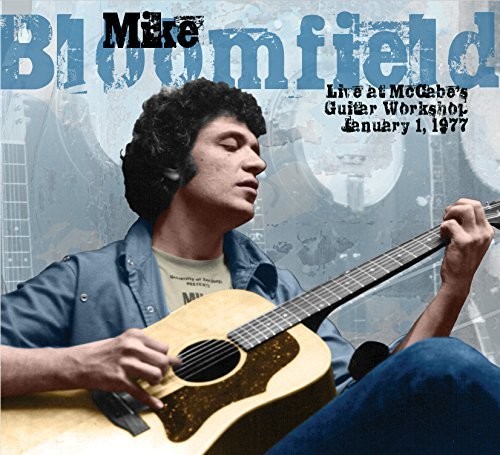 Mike Bloomfield was one of the great and unique artists of our era. Considered by millions to be America's answer to Eric Clapton, his effect on both musicians and public alike has been no less. A master guitarist, arranger and writer, Bloomfield has the honor of being responsible for turning many millions of white American teenagers and young adults to authentic black blues music over the years. Bloomfield was born in Chicago and by the time he was a teenager he was playing guitar in local rock bands. He soon became enamored with the power and originality of such bluesmen as John Lee Hooker, Muddy Waters and Lightnin' Hopkins and became highly proficient as a blues guitarist and also became one of the most in-demand session musicians in the country. In the mid-1960's Mike Joined the Paul Butterfield Blues Band, one of the most successful blues groups of the sixties. Much of the group's success was due to Bloomfield's superb guitar work, and led to his break with Paul to form his own group, The Electric Flag. The group was quickly signed by Columbia Records and achieved instant super group success. Both critics and public alike found their fresh approach to both blues and rock material electrifying, and their influence on most other musicians cannot be overstated. In spite of great critical and financial success, the group broke up because of ego problems, After the demise of the Flag, Bloomfield teamed up with Al Kooper and Steve Stills for the incredibly successful Super Session, still a staple of most record libraries. Until his death, Bloomfield continued to record both on his own and with other major artists He never lost his love of blues, and continued to be one of America's most popular blues and rock artists, and one of it's most influential, until his untimely death. This album stands as a tribute to one of our great musicians, as Mike performs a selection of original and classic rock and blues material. - Robert Scher