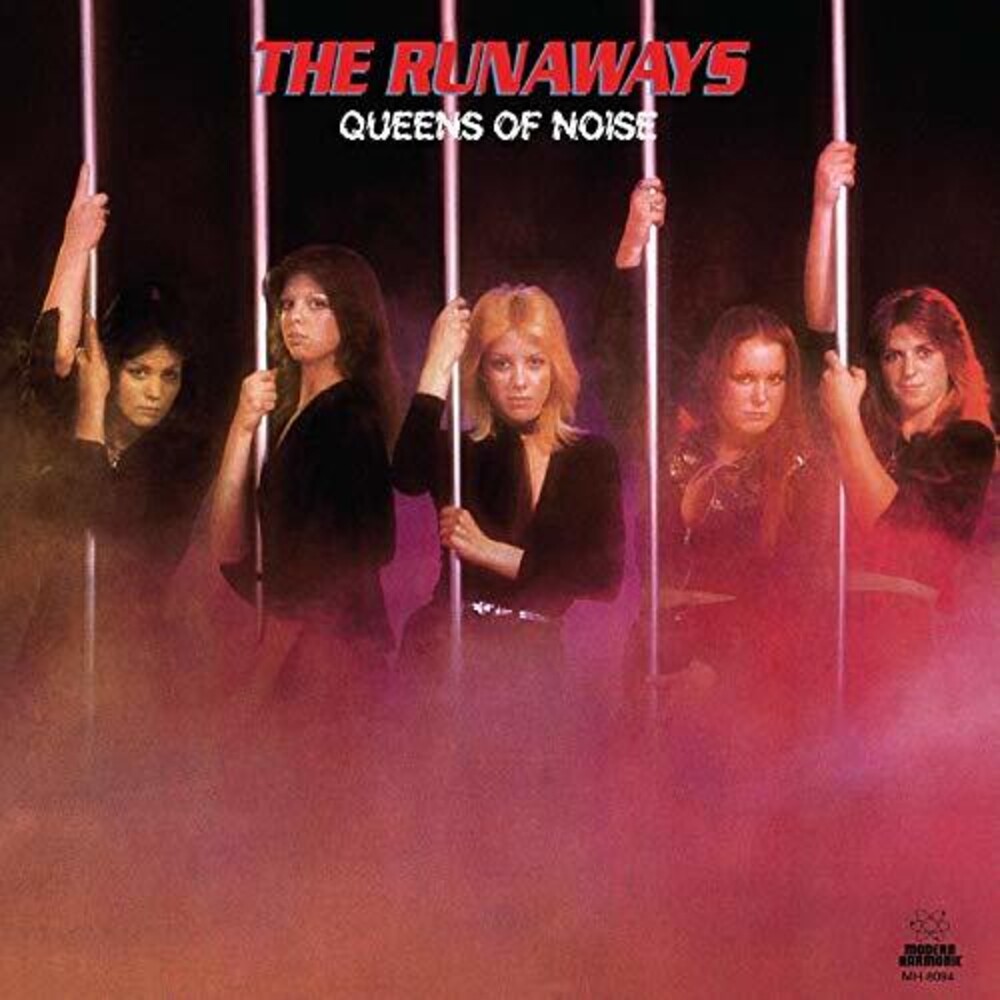 Queens Of Noise
Artist: The Runaways
Format: Vinyl
New: OUT OF STOCK. Contact us for availability.
Wish

Arriving mere months after their initial assault, The Runaways crank up the intensity on their dominant second album, painting stark pictures of teenage rebellion across a stunning set of originals. This final album featuring original vocalist Cherie Currie, Queens Of Noise displays advances in The Runaways' songwriting and playing while keeping their take-no-prisoners attitude totally intact. Released in January 1977, Queens Of Noise finds The Runaways out to prove they were not some novelty act, but a genuine rock and roll animal. The album kicks off with the title track, written by Billy Bizeau (keyboardist for the Quick, another band associated with Kim Fowley, the man "behind" The Runaways), and it blasts out like a declaration of rock and roll as sung by Joan Jett. "Take It Or Leave It," written by Jett, follows and shows the ladies were more than able to hold their own against other hard rockers of the era.