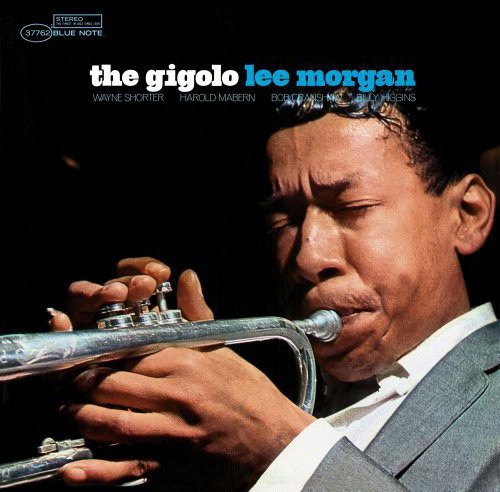 The Gigolo Original recording remastered, Lee Morgan, BLUE NOTE RECORDS customer review: "The Gigolo" is classic, thoughtful hard bop from a band of Blue Note greats. This disc, recorded over two sessions in the summer of 1965, features the quintet of Wayne Shorter on tenor sax, Harold Mabern on piano, Bob Cranshaw on bass, Billy Higgins on drums, and of course, Lee on trumpet. After the success of "The Sidewinder," all of Lee's albums began with a rocking Soul Jazz number, and "Yes I Can, No You Can't" plays the part on "The Gigolo." Next of the album's four Morgan originals is the bright and sunny "Trapped," followed by the quick-hitting "Speedball," a tune that Lee would perform consistently live for the rest of his life."

''The Gigolo'' is an album by jazz trumpeter Lee Morgan released on the Blue Note label. It was recorded on June 25 & July 1, 1965 and features performances by Morgan with a quintet featuring Wayne Shorter, Harold Mabern, Bob Cranshaw and Billy Higgins. - Wikipedia