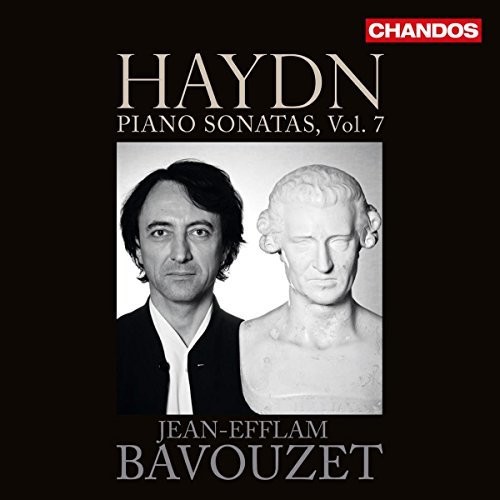 Alongside an internationally acclaimed celebration of Debussy's centenary, Jean-Efflam Bavouzet continues his sumptuous journey through Haydn, the installments consistently praised for their intelligent approach and clear and vivid interpretations. Recorded on a modern Yamaha CFX in the warm acoustic of Potton Hall in Suffolk, the series has now reached Volume 7, which showcases several rarely heard sonatas, some of which have been considered of dubious authenticity or outright apocryphal. With the exception of No. 13 (Hob. XVI: 6), absolutely and unarguably authentic, these sonatas survive only in the form of copies, and to establish a chronology is difficult, even impossible. But through Jean-Efflam Bavouzet's playing, all these pieces are revealed in their purest essence and diversity, from the energetic, witty, and ironic to the graceful, tender, and intimate.