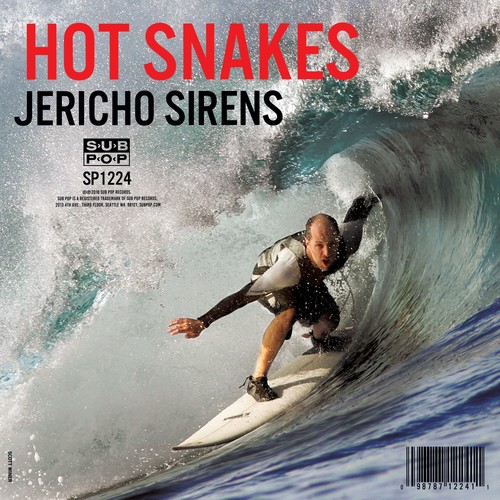 Vinyl LP pressing. 2018 release, the fourth album from the San Diego-based punk rock recidivists. The album was produced by the band and recorded in Philadelphia and San Diego throughout 2017. Hot Snakes are an American post-hardcore band led by Rick Froberg and John Reis, formed in 1999 in San Diego, California. Reis and Froberg had previously performed together in Pitchfork and Drive Like Jehu, after which Reis had found international success with Rocket from the Crypt. Hot Snakes disbanded in 2005 but reunited in 2011. Although they share musical similarities with members' previous outfits, Hot Snakes have a sound that is much more primal than that of Pitchfork, Drive Like Jehu or even Rocket from the Crypt. Reis and Froberg were also heavily influenced by bands such as The Wipers, Suicide, and Michael Yonkers Band, and these influences gave Hot Snakes a distinctive sound that has been described by one critic as "hardcore garage punk."