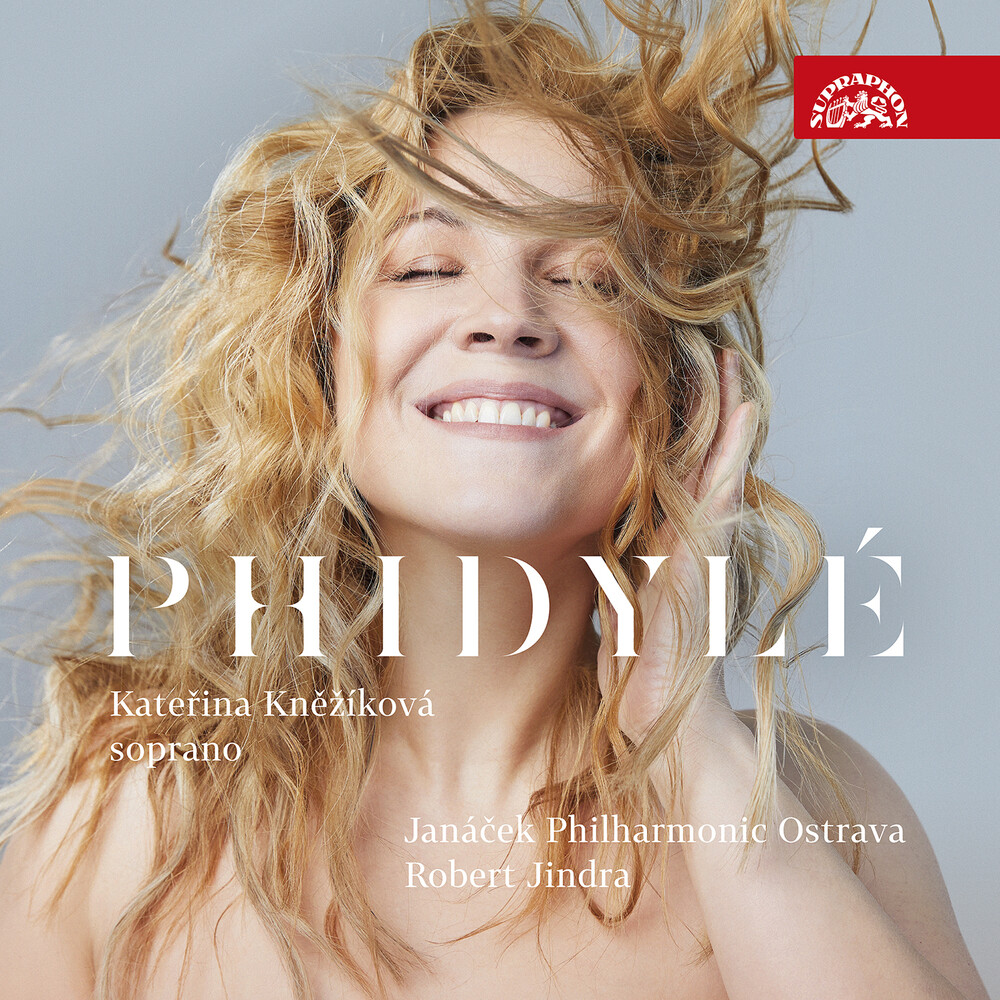 Phidyle
Format: CD
New: OUT OF STOCK. Contact us for availability.
Wish

Katerina Knezíková's lyric coloratura soprano has delighted audiences in numerous music centers worldwide, both at opera houses and concert venues. She has appeared with the BBC Symphony Orchestra, the Bamberger Symphoniker, Camerata Salzburg, the Czech Philharmonic, the Deutsches Symphonie-Orchester Berlin, the Mahler Chamber Orchestra, etc., under the baton of conductors of such renown as J. Belohlávek, S. Baudo, M. Honeck, J. Hrusa, T. Netopil and R. Ticciati. The highlights of her career include the invitation to portray the title role in Janácek's opera Katya Kabanova in Glyndebourne. Katerina Knezíková's debut Supraphon solo album features enchanting fin de siècle songs, "... songs that are particularly close to my heart and voice, all of them dating from the turn of the 20th century, all of them tinged with Impressionism," as the singer herself put it. The first of them is Bohuslav Martinu's Magic Nights, set to Chinese poetry. Henri Duparc's songs, one of which, depicting Phylidé, a simple and pious country girl, has given the album it's title, may come as a revelation to many a listener. All the songs chosen for the album reflect a penchant for the exotic, foregrounding connection with Nature and intuition. Conducted by Robert Jindra, the Janácek Philharmonic Ostrava has created a splendidly colorful backdrop for Katerina Knezíková's soprano to embellish. Fin de siècle songs - a universe close to Katerina Knezíková's heart.
back to top