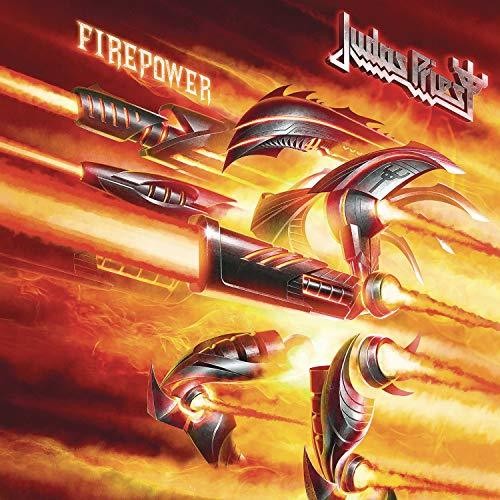 2018 release, the 18th album from the legendary British heavy metal band. Firepower is something these heavy-metal pioneers have never lacked-and they sound as explosive as ever on this studio album. Guitarist Glenn Tipton and bassist Ian Hill have been with Rob Halford since '74; they're joined by second guitarist Richie Faulkner and drummer Scott Travis here plus producer Tom Allom (who helmed all of the band's 1979-88 releases). Grammy-winning producer Andy Sneap joined that team for this recording, bringing a modern flair to Tom's throwback metal approach. The songs are vintage Priest, and the band recorded 'em the old way, just getting in a room together and blasting through "Firepower," "Lightning Strike," "Evil Never Dies," "Necromancer," "Flame Thrower" and more.