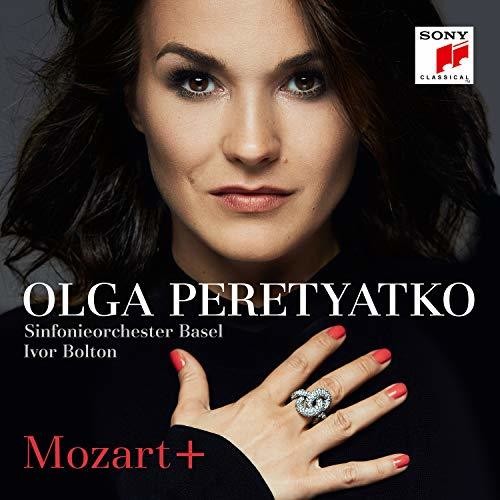 Mozart+ is an exceptional selection of some of the most beautiful concert and opera arias by W.A. Mozart as well as discoveries of largely unknown arias from operas by Tommaso Traetta, Giovanni Paisiello and Vicente MartûÙn y Soler, reflecting the exchange of musical ideas between Mozart and his contemporaries and getting these three composers out of Mozart's shadow. Olga Peretyatko chose arias from the well-known operas "Die Entfû¥hrung aus dem Serail", "Le nozze di Figaro", "Don Giovanni" and "Clemenza di Tito" by Mozart and combined these with arias from rather forgotten operas such as "Antigona" by Traetta, "Il barbiere di Siviglia" by Paisiello as well as "Il burbero di buon cuore" by Soler. The connection between Mozart and Soler becomes obvious, as the recording also includes two insertion arias (K582 and K583) by Mozart, which he had written for the revival of "Il burbero di buon cuore". Mozart+ is Peretyatko's second collaboration with the Sinfonieorchester Basel and Ivor Bolton as the conductor, after the highly acclaimed recording "The Secret Faurûˋ" (2018).