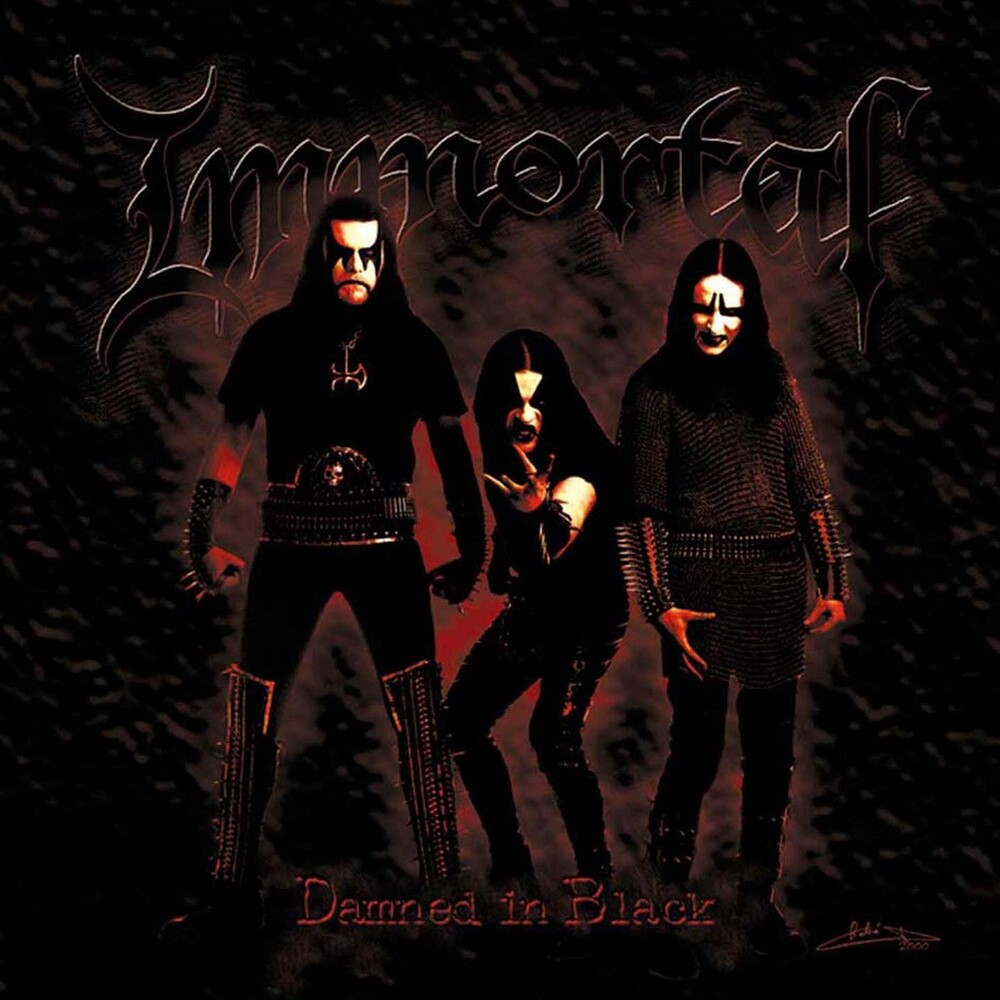 Vinyl LP pressing. Immortal, from the Norwegian town Bergen, have established themselves as one of the most important black metal bands in the world. Formed by Demonaz (guitars) and Abbath (bass & vocals) in 1990 the group has gone on to issue nine trailblazing full-length slabs in their 25 plus year career. Released in between the two Immortal masterpieces At the Heart of Winter and Sons of Northern Darkness, 2000's Peter Tägtgren-produced Damned In Black is equally as powerful and is often referred to as the band's thrash album. You can't go wrong with standouts like "Triumph," "My Dimension," and "In Our Mystic Visions Blest."