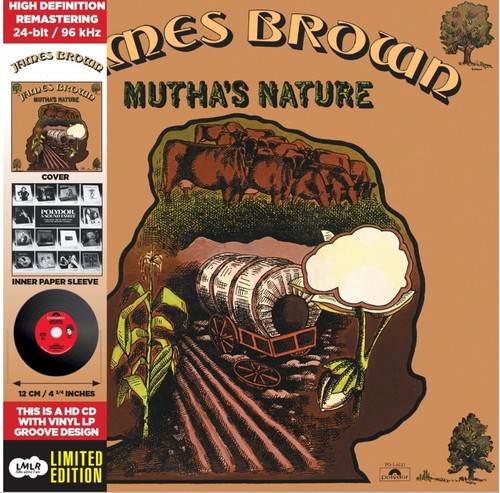 First time on CD. Digitally remastered edition. Mutha's Nature is the 48th studio album by soul/funk legend James Brown. The album was released in 1977, by Polydor Records. It was arranged by Charles Sherwell and James Brown. James was a singer, songwriter, dancer, musician, record producer and bandleader. A progenitor of funk music and a major figure of 20th century popular music and dance, he is often referred to as the "Godfather of Soul". In a career that lasted 50 years, he influenced the development of several music genres. Brown recorded 17 singles that reached number one on the Billboard R&B charts. He also holds the record for the most singles listed on the Billboard Hot 100 chart which did not reach number one.