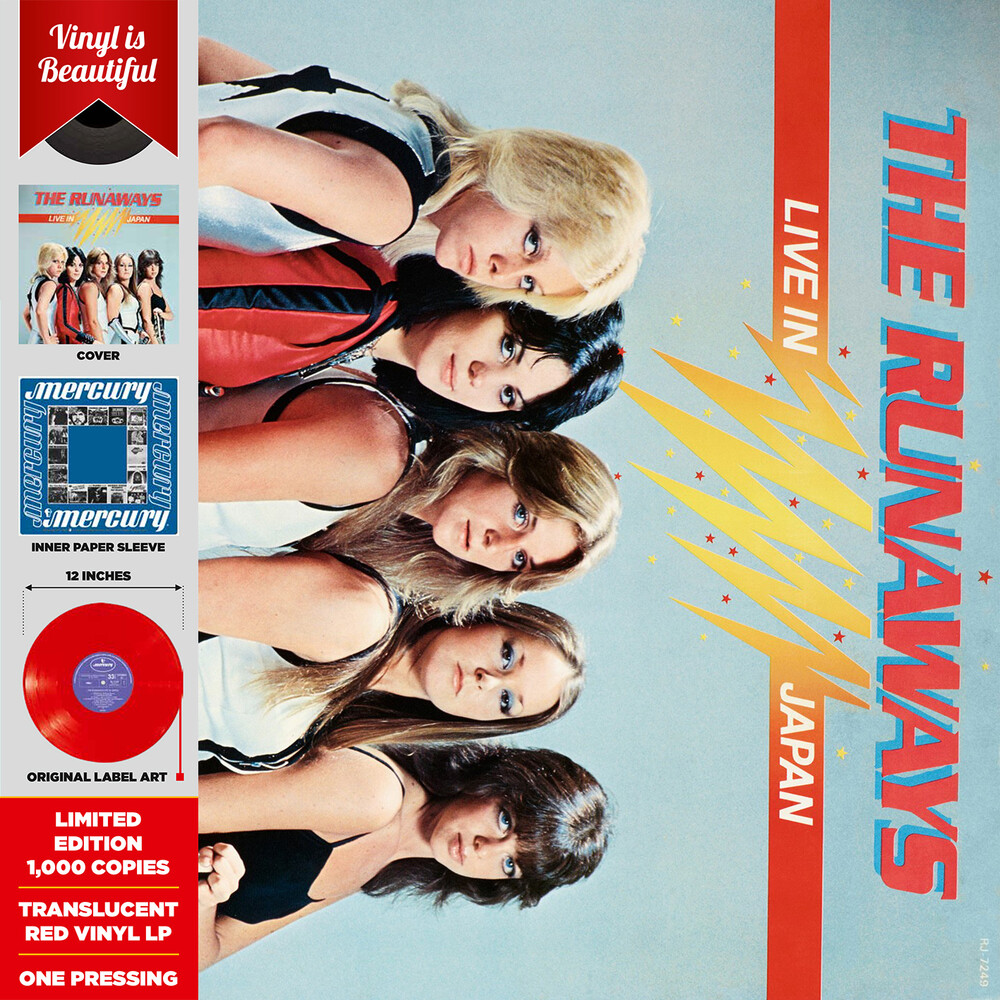 This is the RED IMPORT version. This release includes: Translucent Red Vinyl, An OBI side spine, Gatefold jacket with one pocket, Printed inner sleeve, Orginal record labels and the original full size fold-out poster. Also known as "The Runaway's album". This 1977 live recording has explosive performances of "Cherry Bomb," "You Drive Me Wild," and "California Paradise," The Runaways' only live album is a hard-to-find gem. The band includes all the original members (Joan Jett) and Lita Ford is at her most metallic. The album was originally released only in Japan, and some other regions including; Canada, Australia, and New Zealand. It was not intended for release in the United States or UK.