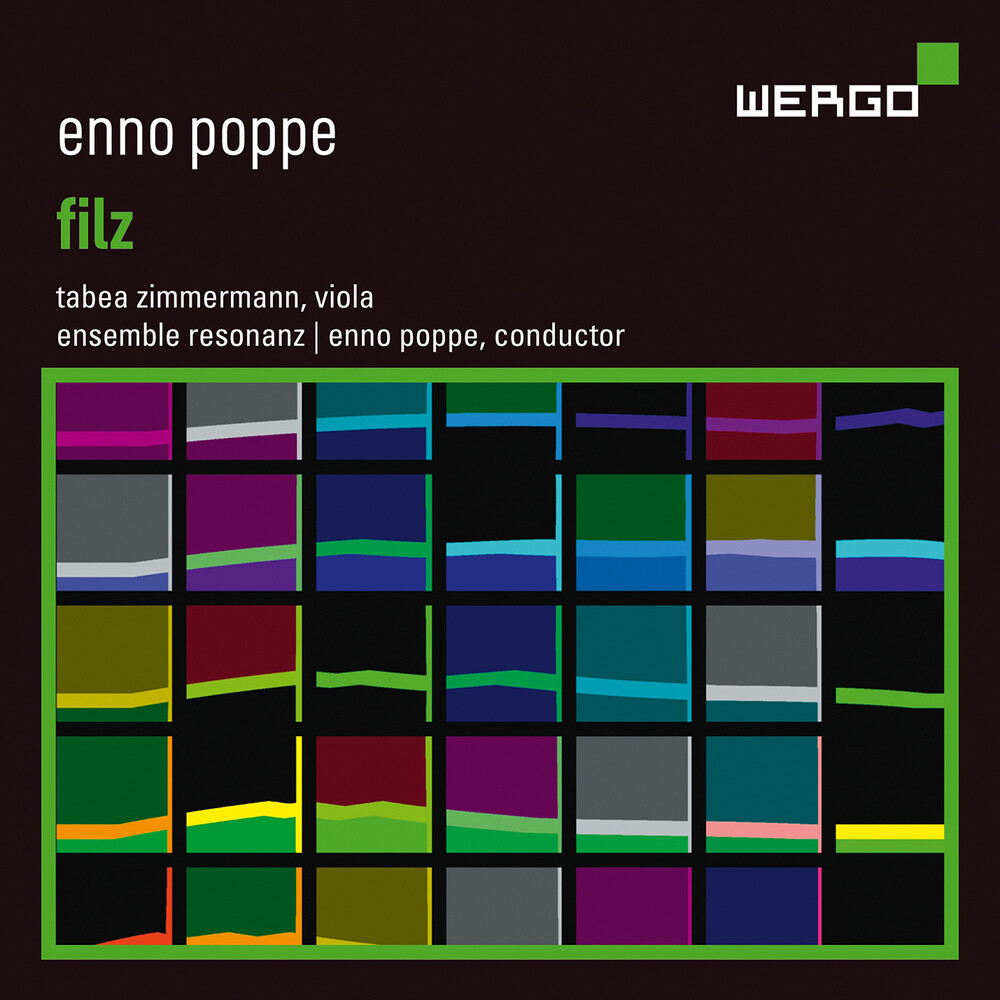 This new WERGO album brings together first recordings in studio quality of works composed especially for Ensemble Resonanz. Composer Enno Poppe has always been drawn to string instruments because of the nearly infinite possibilities to vary their pitch, playing techniques, and sound qualities. Ensemble Resonanz, based in Hamburg, has received international acclaim for it's precise intonation, it's fresh interpretations of both contemporary and traditional works, and it's inquisitive openness to unconventional musical formats. Poppe's "Wald" [Woods] for four string quartets (2009/10) has been a permanent feature of the ensemble's touring repertoire for many years. With it's fractal relationships between the four strings of four instruments in four string quartet groupings, "Wald" gives us the impression of directly participating in the composer's thought processes. The collaboration with renowned soloist Tabea Zimmermann for Poppe's concerto "Filz" [Felt] for viola and chamber orchestra (2013/14) was particularly enjoyable for all concerned. Zimmermann combines technical virtuosity with a willingness to master unusual challenges: in this work, she plays an endless and permanently shifting intonation curve within an amorphous atmosphere of 1/3-tone intervals. The result sounds like music from another world, and the inspiration came from Poppe's experiences with traditional Korean music. "Stoff" [Material] was originally composed in 2015 for Ensemble Musikfabrik in Cologne using strings, woodwinds, and brass (available on WER 73952}, but in 2018 Poppe created the more homogeneous version for string orchestra heard here.