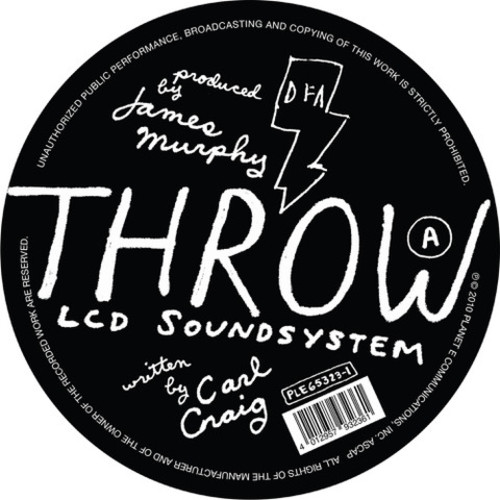 'Throw' by Paperclip People is reissued, accompanied by LCD Soundsystem's sublime and inventive cover on the ip. Perhaps the best known release from Carl Craig's long-running alias, 'Throw' is instantly recognisable to the day; a joyous distillation of Craig's house, techno and disco nous, as a chugging, organ-led bassline leads to a sensational breakdown. Once a favourite of LCD Soundystem's live set, the flip of the record captures the now Grammy-winning US group performing a studio-recorded cover, one that instantly, naturally captures the original solid groove, while adding shades of their post-punk approach