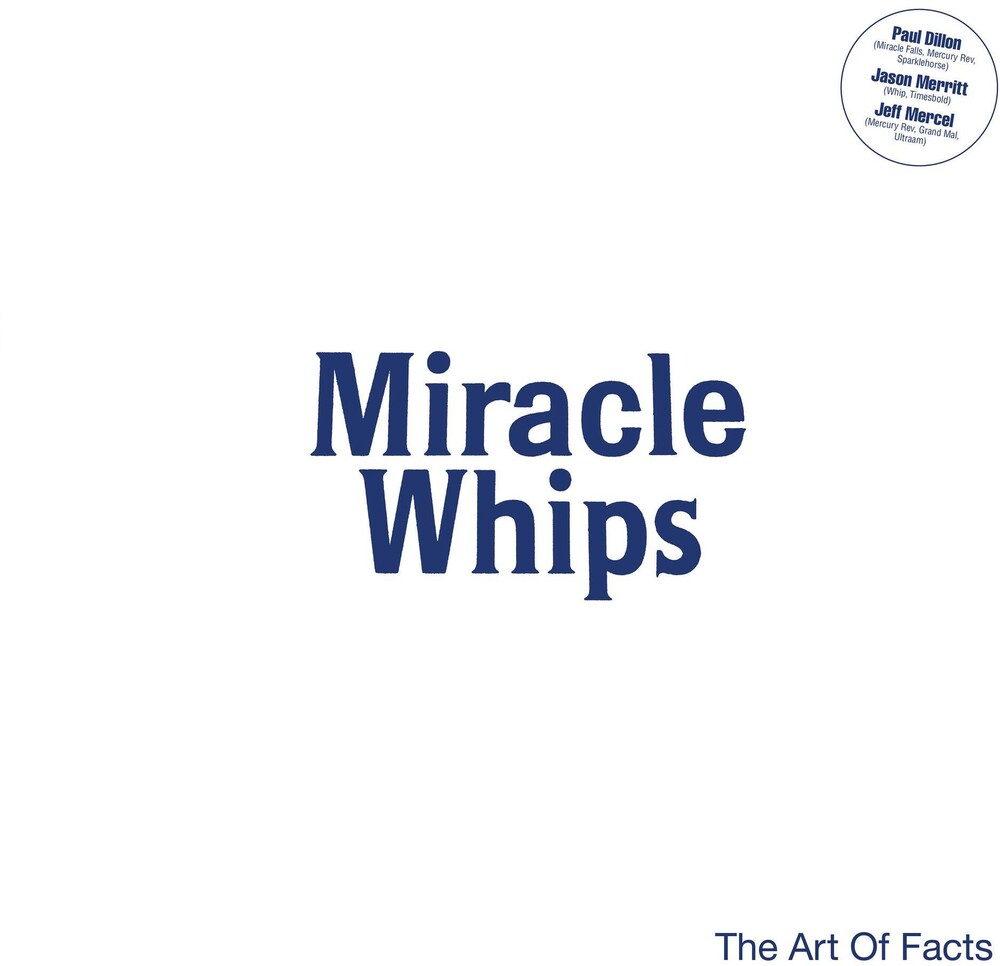 Vinyl LP pressing. Despite the fact that they were both present for the entire affair, Paul Dillon and Jason Merritt somehow did not meet on a co-headlining Sparklehorse/Mercury Rev tour of the Eastern U.S. back in 1999. Jeff Mercel was there, playing drums with Mercury Rev - Paul was there as guitar tech for Sparklehorse's Mark Linkous, and Jason was there on the same bus as Jeff and his upstate compatriots in his official capacity as ride-along-poet-in-residence. Flash forward 20 years and to the first item of official Miracle Whips business which was a field trip to the local Goodwill to purchase a large and unwieldy 1970's era cast iron electric typewriter in order to place it, and themselves, on Jason's porch every weekend and get to work on writing these damn songs. These recordings were mixed by Paul and Collin and subsequently mastered at Wild Chorus studios in Knoxville, Tennessee by Scott Minor, (also of Sparklehorse fame...), and resulting record album is something that I think you'll agree is quite special.