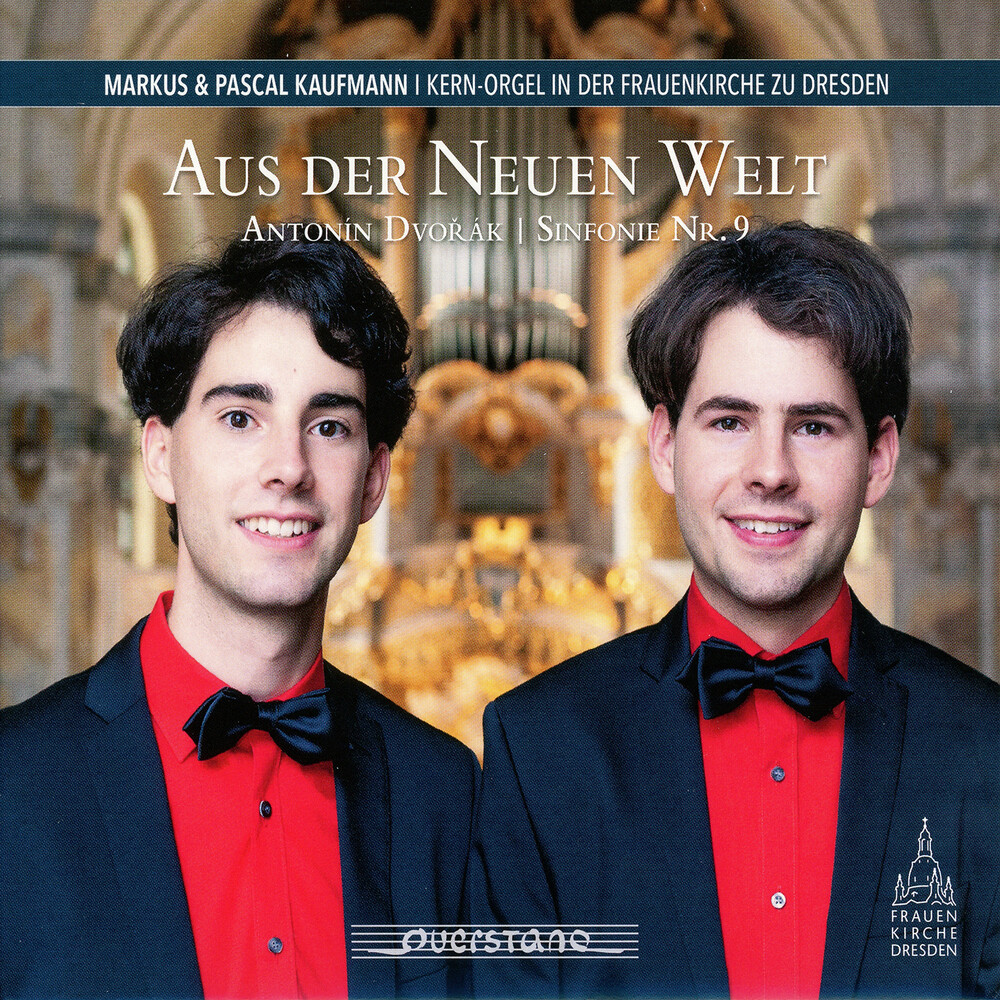 From The New World
Artist: Dvorak / Kaufmann
Format: CD
New: OUT OF STOCK. Contact us for availability.
Wish

Often universal organs have the problem that they are not particularly well suited to either baroque or symphonic music. However, Daniel Kern's organ at Frauenkirche Dresden is a shining example of a very successful bridge between the different organ traditions. When choosing an instrument for this recording of Antonín Dvorák's Symphony No. 9 "From the New World" in Pascal Kaufmann's transcription for four-handed organ, the standard was to have good drawing abilities of the characteristic 8' and 4' basic stops. Thanks to the diversity of the pipe scales, on the one hand in the style of Gottfried and Andreas Silbermann, and on the other hand reminiscent of Cavaillé-Coll (France, 19th Century), there is a sufficiently large selection on the Kern organ. The very dynamic swell pedal with French reed stops and the setterboards with modern standards allow the players to keep the symphony lively with a total of over 400 different registrations. Two more works round off the release at hand: the Humoreske op. 101/7 by Antonín Dvorák in a transcription for (two-handed) organ by Edwin Lemare and "Der Heilige Franziskus von Paula auf den Wogen schreitend" S175 by Franz Liszt, also as four-handed transcription by Pascal Kaufmann - a work that once again illustrates the multifaceted nature of the Kern organ beautifully. The brothers Markus and Pascal Kaufmann come from Lichtenstein (Saxony). Their training pathways included studying together at the Dresden College of Music "Carl Maria von Weber" and the Hochschule für Kirchenmusik in Dresden. Pascal Kaufmann worked as assistant for Frauenkirche organist Samuel Kummer and is currently church musician in Augustusburg (Saxony) while Markus Kaufmann is working as Cathedral organist in Quedlinburg. The recordings for the album at hand were supported by Frauenkirche Foundation.