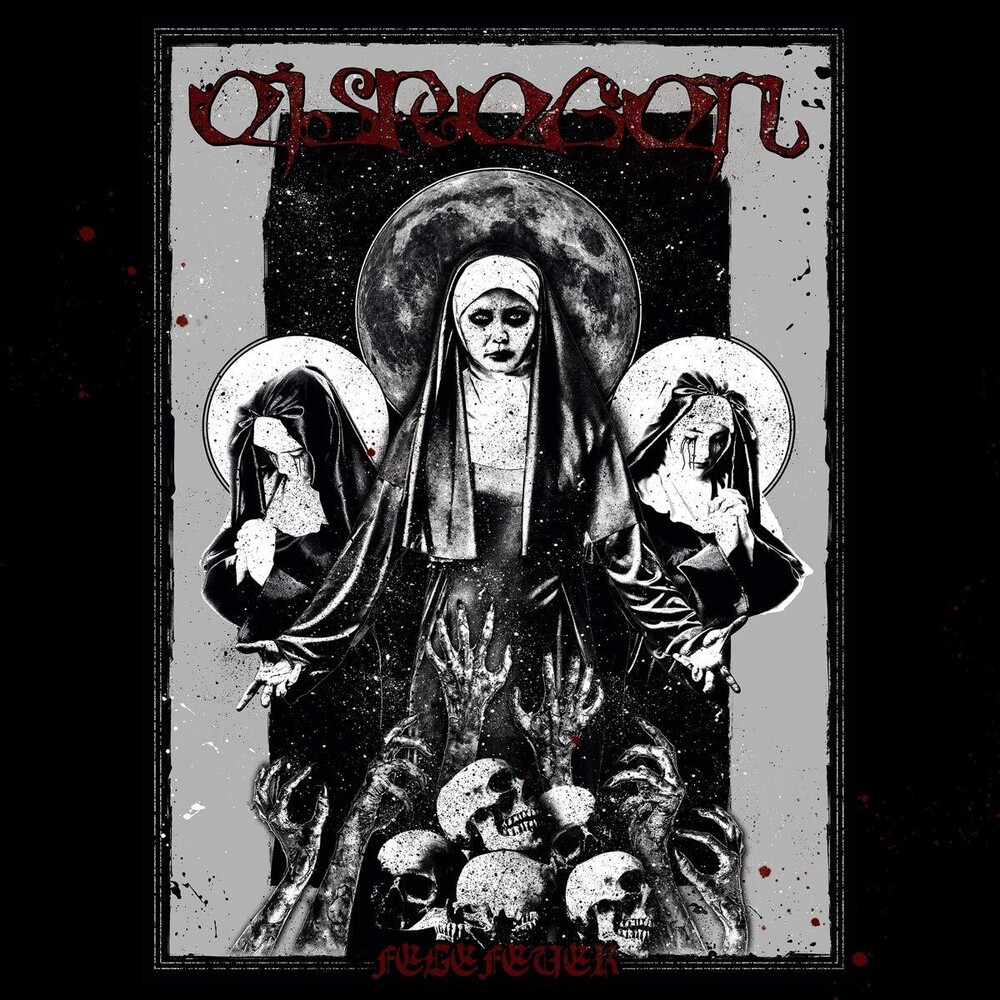 In the band's 23rd year of existence, the German extreme metal legends Eisregen now deliver their 13th studio album called "Fegefeuer" - and it's one of their best albums yet! The two band leaders M. Roth and Yantit spent months working on the 11 new songs - "Fahlmondmörder" has already been featured on the "Satan liebt dich" EP (released in June 2018), and was praised by fans and critics alike. The new album raises the bar even moreIt doesn't lack potential hit songs, tracks like "Knochentorte", "Alice i'm Wundenland" or "Ich mach dich bleich" will surely be part of future set lists. The other tracks are characterized by an extremely high quality, too. From a musical point of view, Eisregen stayed true to themselves - the band never shied away from diversity and M. Roth once again delivers controversial, macabre and genius lyrics that some people will consider as distasteful and others will love dearly. The latter will surely be delighted by songs like "Es lauert", "Opfer" and "Oben auf dem LeichenbergThe vocals are a class of it's own, and M. Roth has never been more present vocally Eisregen deliver an album that will both appeal to old and new fans. It proves that a band - even though they are around since more than two decades - can still create milestones. It will be interesting to see how the band's journey will continue BAND BIOGRAPHY: Formed in 1995 as one of the first black metal bands that sing in German, Eisregen caused quite a stir in the German metal underground scene with it's first releases in 1996. The debut album "Zerfall" was released in 1998 and is considered a classic and still the bestselling German-language black metal album to dateThe second album, released in late 1998, practically made the band famous overnight, and Eisregen also started to slowly get rid of their black metal sound. Since then, the band has never been lazy, they continuously strengthened their status as the leading German extreme metal band and played live a lot. They've gained a cult status and are followed by a loyal fan base in all German-speaking regionsJune 2018 already brought the new EP entitled "Satan liebt dich". Now the band's 13th studio album "Fegefeuer" will follow in October. Eisregen has entered the German Media Control Charts with numerous releases in the past, with the last two albums entering the Top 20 Meanwhile, feuilletons also became aware of the band. The well-known Swiss author Thomas Glavinic wrote about band leader M. Roth in the newspaper DIE ZEIT in December 2017: "Michael Roth eludes a description of what he is, what he does and what he can do. He is a genius in a field that never had a genius before.