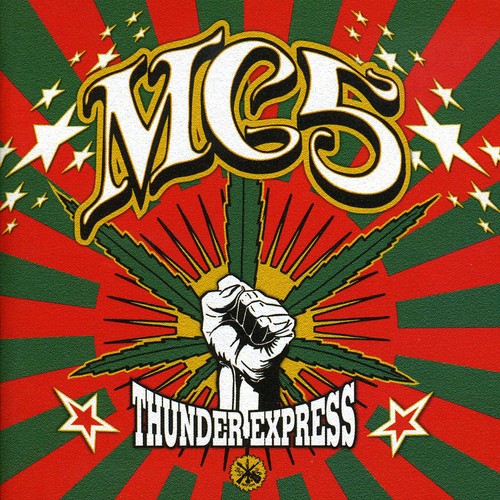 MC5 (Motor City Five), the legendary Detroit band. Their first single (included here) was released in 1967. In 1968 they played the infamous Democratic Convention that turned into a police riot, and they went on to be the 'Official White Panther Party Band'. Their manager John Sinclair became a hippie martyr, after being jailed for 10 years for 2 joints, inspiring John Lennon's '10 For 2' song. Thrown off their first label Electra, they signed to Atlantic for 2 more albums but only achieved underground success. Now greatly revered as one of the seminal rock'n'roll bands and a huge inspiration for punk. 'Thunder Express' documents their first and last studio work - six tracks recorded in France in 1972 at Studio Castle Herouville for a TV show; and 4 tracks from their first two singles from '66 & '68. The title track is unavailable elsewhere. Includes 12-page booklet with notes and interview from 1970, along with the White Panther Party '10-Point Program'. *Wayne Kramer marks MC5 50th Anniversary with a tour in 2018!* - https://mc50th. Com/tour-dates