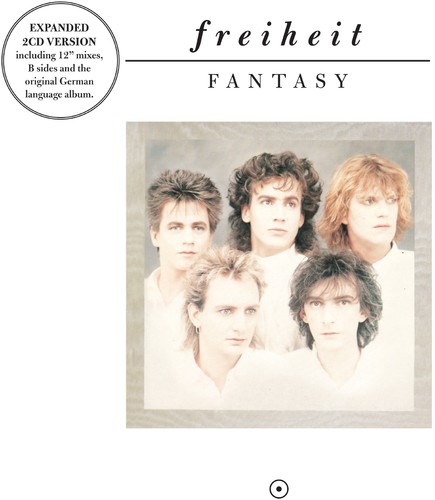 Digitally remastered and expanded two CD edition of this 1988 album from the German pop band. Formed in Germany in the early 1980s, Munchener Freiheit (as the band were known) enjoyed some commercial success in their homeland with their first three albums. In 1988, MĂĽnchener Freiheit (or just simply Freiheit as they became known as outside of Germany) released Fantasie in Germany and it's English counterpart, Fantasy. In Germany, Fantasie was a great success reaching #4 on the album charts spending eight weeks in the Top 10 and spawning two big hits singles: 'So lang' man TrĂ¤ume noch leben kann' and 'Bis wir uns wiederseh'n'. 'Keeping the Dream Alive' (the English-language version of 'So lang' man TrĂ¤ume noch leben kann') became the band's sole hit in the UK, reaching #14 in the UK singles chart in December 1988. Due to it's December release and rich orchestral sound, 'Keeping the Dream Alive' still receives a lot of airplay at Christmas time and can be found included on many Christmas compilation albums. This expanded edition of the original album release contains both the English and German language version of the album, a comprehensive selection of extended mixes and b-side bonus tracks many which are appearing on CD for the first time as well as a deluxe 16 page booklet using the fully restored original album artwork.