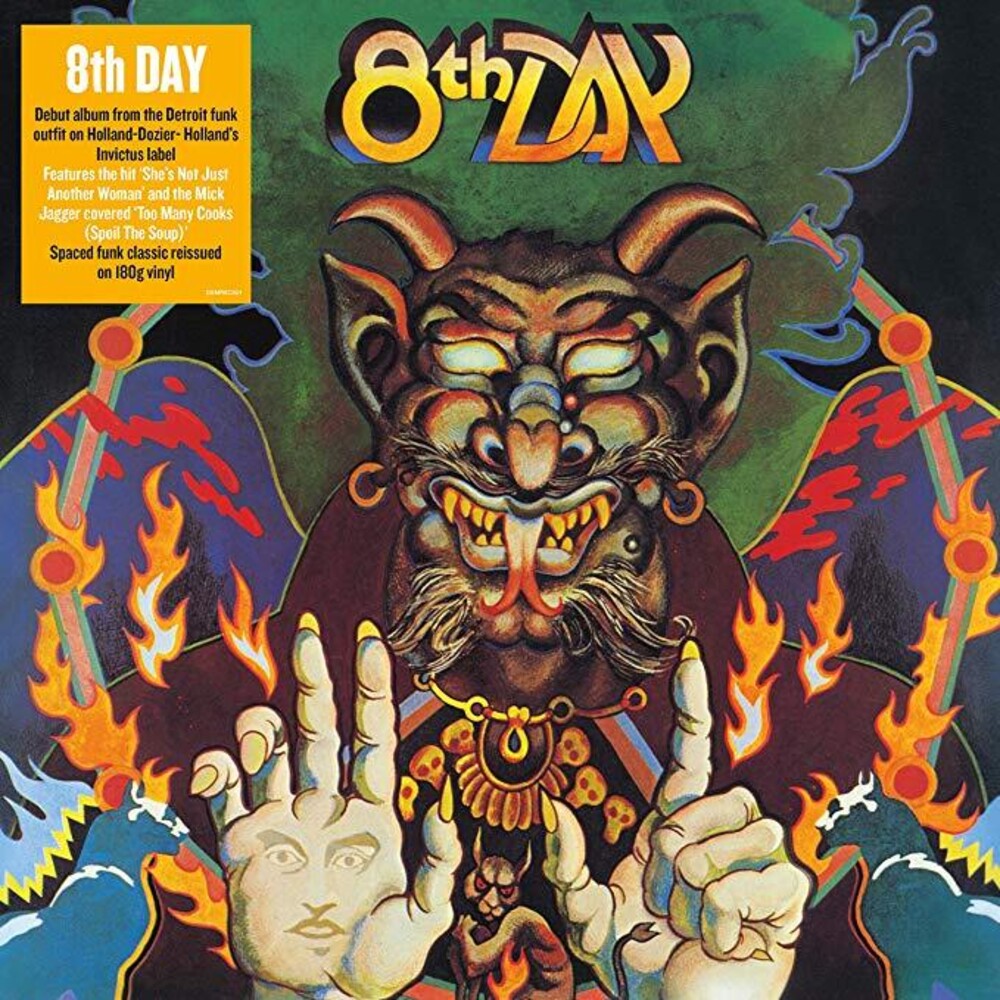 Limited 180gm vinyl LP pressing. 8th Day are the 1970s Detroit American funk-soul group signed to Invictus, part of the legendary HDH label group (Holland- Dozier- Holland), who helped define the iconic Motown sound. Highlights include 1971 single 'She's Not Just Another Woman' which was picked up by radio stations and reached #11 in the US Billboard charts. This was followed up by 'You've Got To Crawl (Before You Walk)" #28 in us Billboard chart. In 1972, 'Enny Meeny-Miny-Mo' reached #29 in the R&B charts and 'I'm Worried' was released as a solo single with Northern Soul legend Melvin Davis. Plus the Mick Jagger covered 'Too Many Cooks (Spoil The Soup)'. reissued with original artwork, printed inner sleeve.