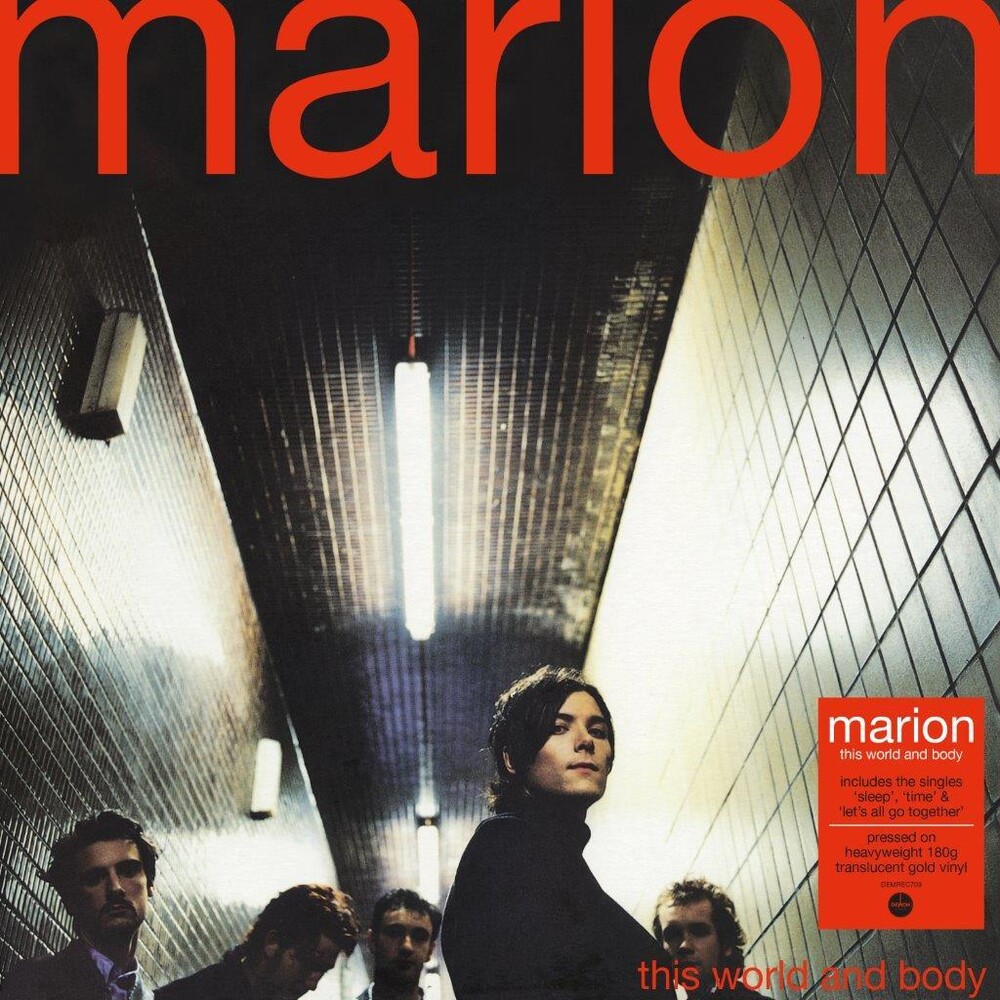 Marion formed in Manchester in 1994, releasing their debut single on Rough Trade. Signed to London Records, the band found themselves bundled in with the 'Britpop' scene, and made their national TV debut by performing 'Sleep' on Channel 4's cult TV show 'The Word' in February 1995. The band gigged throughout 1995, building up a fan base, and supported Morrissey on his 'Boxers' tour. This World And Body was released in February 1996 and entered the top ten of the UK album chart. Demon Records is proud to present This World And Body pressed on 180g heavyweight translucent gold vinyl.