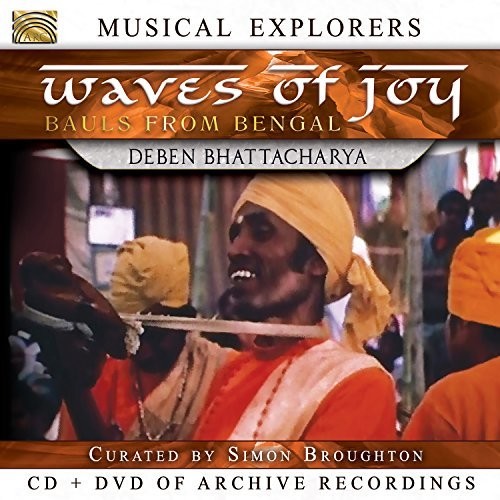 The film Waves of Joy was shot at the Kenduli Mela in West Bengal in 1973. It's a huge musical and religious gathering. The songs on the accompanying soundtrack were recorded in nearby Shantiniketan in 2001. Baul music and poetry are amongst the greatest expressions of Bengali culture that, as a native, Deben Bhattacharya was able to appreciate and bring to us their profound truth and beauty. The Musical Explorers series from ARC Music makes available, often for the first time, a valuable range of historical films and audio recordings gathered from all over the world. During the 20th century more people started traveling and became more aware and interested in the world's musical traditions. Technological advances meant that the equipment necessary to record those musical traditions in their natural environment became more portable and higher quality. Deben Bhattacharya, until his death in 2001, returned to India many times and made particularly significant recording collections in West Bengal and Bangladesh, Eastern Europe, and the Middle East.