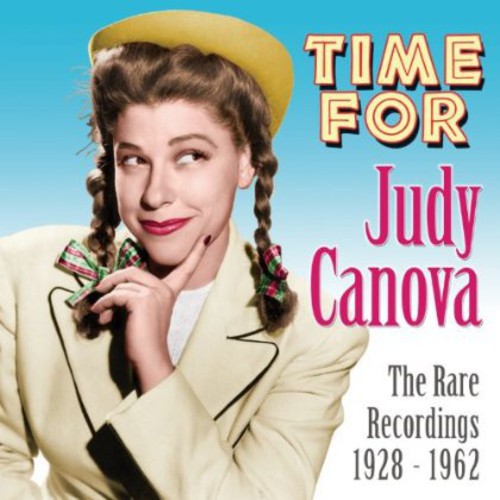 Judy Canova was Queen of Republic Studios in Hollywood who starred in many hit films in the 1940's and 1950's. This album contains 27 rare Canova tracks appearing for the first time on CD, including two songs most associated with her, themes she used to close her radio show, "Good Night Soldier" and "Go to Sleep, Little Baby". Canova appeared in films such as Lay That Rifle Down, Joan Of Ozark, Oklahoma Annie, True To The Army and Scatter Brain. A hilarious comedienne, Canova also sang and hosted her own radio show.