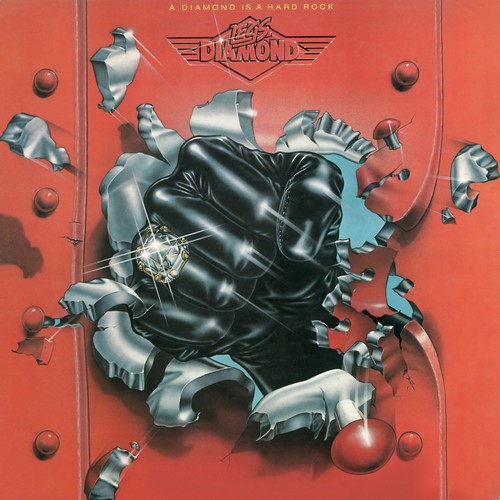 Special Deluxe Collector's CD Edition / Fully Remastered Audio / LA Hard Rock Kings / 6 Bonus Tracks / 16 page full colour booklet - 4,000 word essay, enhanced artwork, new photos and new interviews. HAVING RECORDED ONE of the best debut hard rock albums of the 1970s, Legs Diamond had set a seriously high standard that attracted the attention of connoisseurs worldwide. Although the record failed to connect commercially, those in the know identified the band as being one of the brightest and most accomplished to have emerged for many years. Against all odds, 'A Diamond Is A Hard Rock', the band's second album, was not only a more impressive statement but also one that solidified the group's reputation for years to come. Produced this time around by Eddie Leonetti (who worked with Angel, Moxy and Rex) the record is an astonishing development of their debut, helping the band to fully realise their enormous potential. Recorded in their native Los Angeles, and released in the fall of 1977, it showcases the band at the very peak of their powers, unleashing a veritable barrage of rock solid material. Cleverly bridging the gap between balls to the wall hard rock and more constrained content, the album builds on their reputation as a band that could easily combine clever instrumental prowess with hard as nails riffs. Songs such as 'Waiting', 'Long Shot', 'I Think I Got It', and the title track, exploded out of the grooves with lean and mean intent. However, it's the imperial 'Woman' that elevates the record to classic status. It is also a defining vehicle for showcasing front man 'Rick Sanford's extraordinary voice.