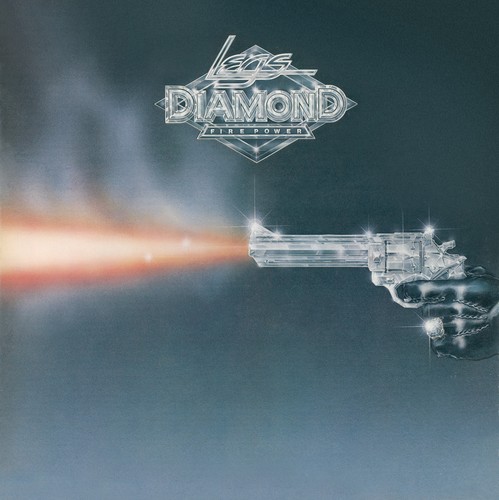 Special Deluxe Collector's Edition / Fully Remastered Audio / LA Hard Rock Kings / 11 Bonus Tracks / 16 page full colour booklet - 4,000 word essay, enhanced artwork, new photos and new Interviews THE GREAT LEVELLER in life is the mysterious arrival of Lady Luck. You can carry on investing time, experience and energy in anything but without a well-timed appearance by the grand dame of serendipity you might as well whistle in the wind. That, unfortunately, was the case for Legs Diamond, one of the greatest, yet underexposed, bands of the 1970s. That they had the talent and the mandate to climb to the very heights of success, sadly, life decreed otherwise. Having recorded two sensational albums for well-heeled Mercury Records, the band were casually cast adrift when sales figures revealed unexpected and disappointing results. But with deep resolve they opted to carry on and found a new home with independent label, Cream Records. Unfortunately, as things turned out it was not the saving grace they had hoped for but it did provide them with the opportunity to record yet another album that significantly added to their reputation. Issued in 1979, the record actually received well intentioned promotion and contained arguably one of their greatest tracks, namely 'Underworld King', a song that further bolstered their reputation as the American comparison to Deep Purple. Other highlights include 'Come With Me' and 'Man At The Top'. It is an album of light and shade, clearly the result of behind the scenes influences, but at least the band's heart and soul was still beating loud and clear, letting us know that they were still very much contenders to the throne."