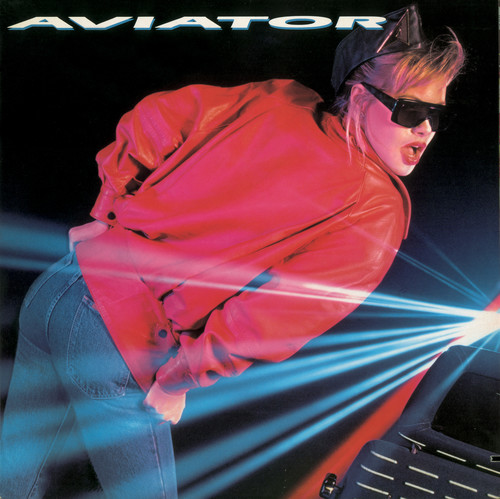 Digitally remastered edition including two bonus tracks plus 16 page full color booklet with 3,500 word essay, enhanced artwork and new band interview. We often champion overlooked albums, music that was, for one reason or another, side-lined in favor of more commercially successful records and, as we've proved time and time again, there is often no difference between those that sold millions and those that sold next to zero. Sadly, that is the great shame of the music business but we at Rock Candy are always happy to right wrongs and shine a light on injustice. Aviator, from the US East Coast, was formed by musicians with a history of time spent in various class acts, including Barnaby Bye, Blues Magoos, Balance and Network. The band was fronted by world-class vocalist Ernie White and managed by Tommy Motola (later the CEO of Sony Music), who secured them a deal with RCA records. Produced, at Electric Lady studios in New York, by man of the moment Neil Kernon (Kansas, Autograph, Dokken), to exacting standards, their album was issued in 1986, making an immediate impact on those who heard their tough, yet melodic, hard rock. Despite the excitement amongst the cognoscenti it appears that, due to machinations beyond their control, the record was left to flounder and given very little promotion. Crammed full of superior songs, such as 'Front Line', 'Back On The Streets', 'Don't Turn Away' and 'Never Let The Rock Stop', the album is unquestionably one of the greatest slices of heavy AOR ever recorded. If you've never heard it then it's time to sit back and be amazed.