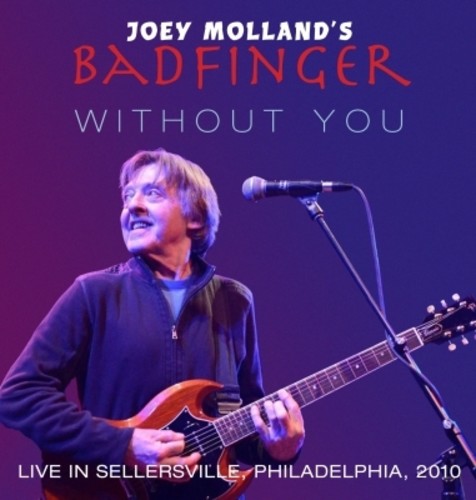 Joseph 'Joey' Charles Molland (born 21 June 1947, Edge Hill, Liverpool, England) is an English composer and rock guitarist whose recording career spans four decades. He is best known as a member of Badfinger, the most successful of the acts he performed with. Molland auditioned for the band Badfinger in November 1969 and was subsequently hired. Badfinger were a conspicuous Apple Records recording group at the time (a label launched by The Beatles). The band enjoyed an early string of successful singles and albums for the next couple of years. During Molland's association with Apple, he made guest appearances on two George Harrison albums, All Things Must Pass and The Concert For Bangladesh,  and the John Lennon album Imagine. Most of Molland's career since 1983 has been with various groups performing tours under the Badfinger name, or as Joey Molland's Badfinger. This record shoiws what an awesome live act they continue to be.