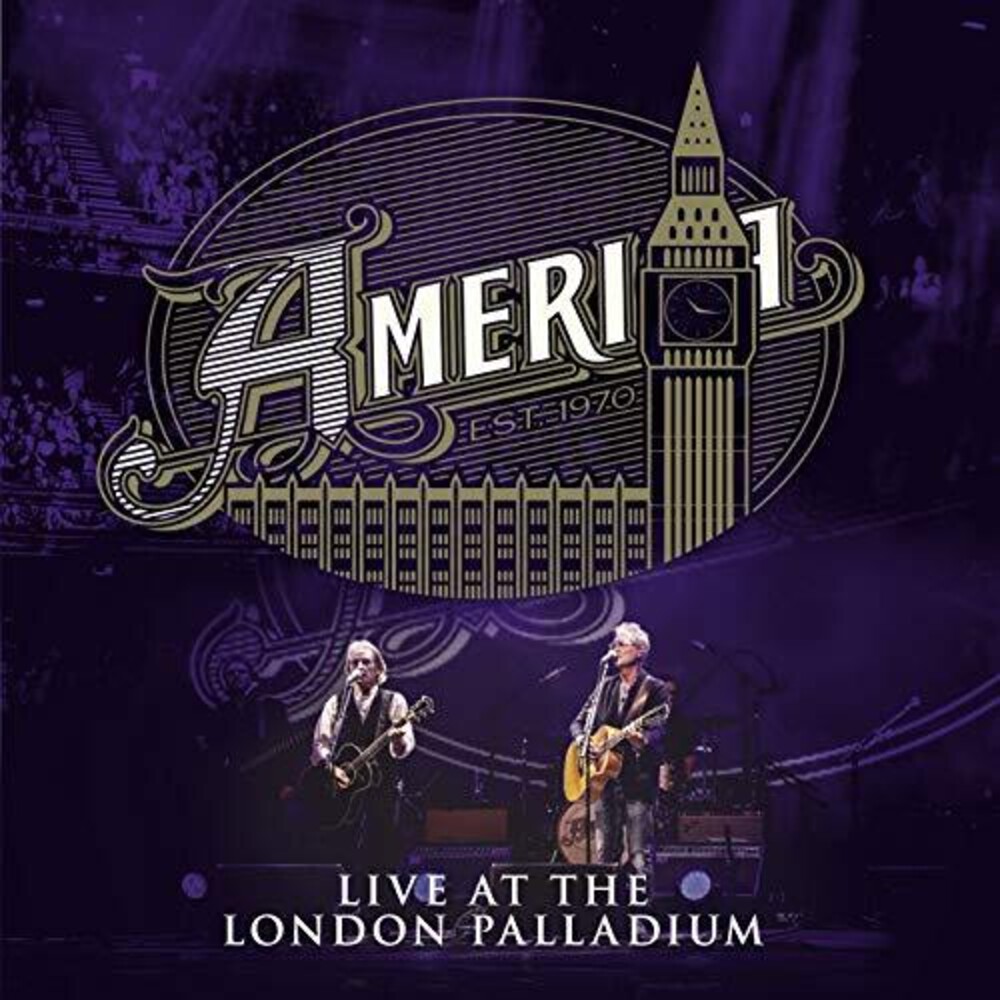 AMERICA Live At The London Palladium America, the band that is, will have been together for half a century next year. Their signature song, A Horse With No Name, in many ways sums up what the band are all about; close vocal harmonies, acoustic guitars, and - if I may misquote Pete Atkin - a journey through "mythical America" and a vaguely rural ethos. A Horse With No Name was their first international hit, and was taken from their debut album, a self-titled record which came out on Warner Brothers in 1971. Since then, there have been over thirty more records, but the one that I want to talk about today is a very special live album, recorded on stage at one of London's most iconic venues. The combination of Beckley's melodic pop rock and Bunnell's slinky Latin-leaning rhythms has proven that America's sound can transcend borders with their uplifting music and positive message. "... and this release serves as an invaluable document of an extraordinarily transcendent evening of peerless music.