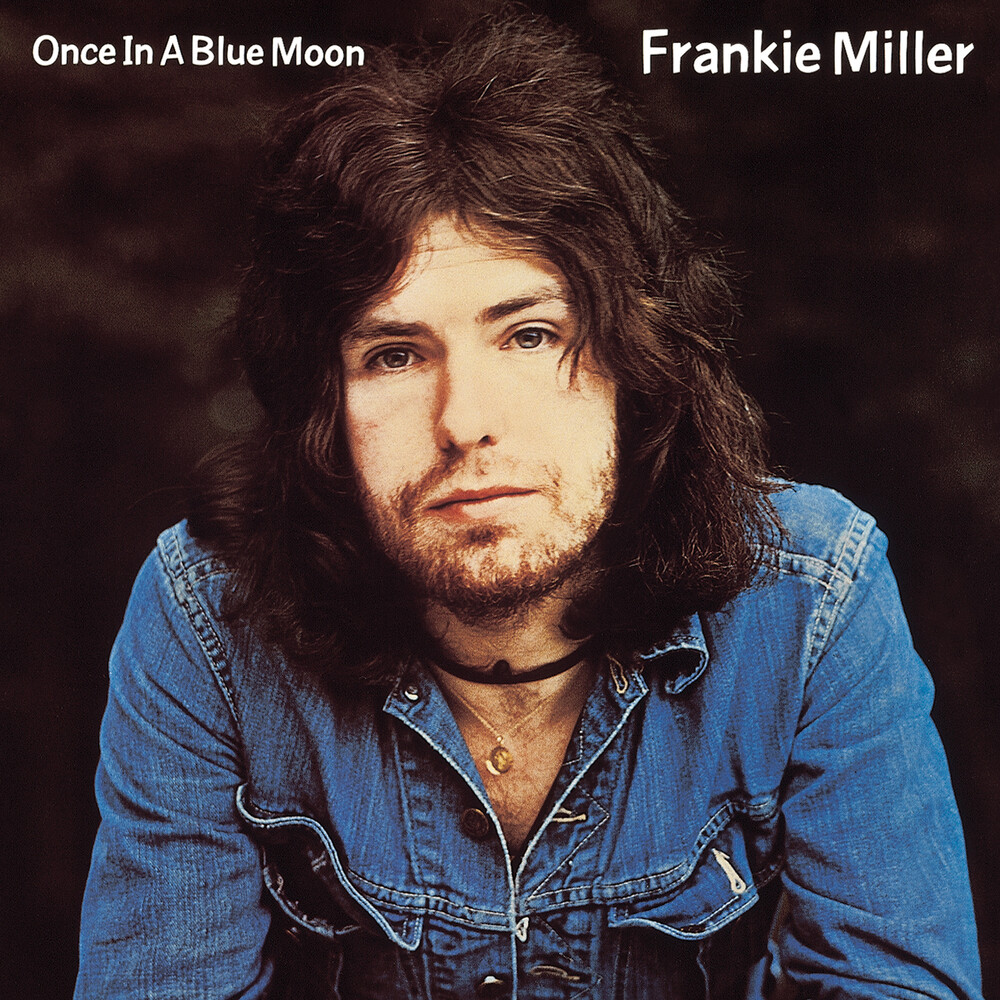 Once In A Blue Moon (Uk)
Artist: Frankie Miller
Format: CD
New: OUT OF STOCK. Contact us for availability.
Wish

Fully Remastered Audio / Frankie Miller... that's who! Glasgow's gift shines on his heavenly debut from '73 / Produced by Dave Robinson (Brinsley Schwarz, Clover) / Includes 'After All (I Live My Life)','You Don't Need To Laugh' & 'It's All Over', plus 4 Bonus Tracks / 12 page full-colour booklet, 3,500 word essay with new interviews, enhanced artwork & previously unseen photos - MENTION THE NAME Frankie Miller to any musician of a certain era and their face will immediately light up regarding his singing ability and subsequent influence on a generation of British vocalists. The owner of one of the finest blues voices of the era, Frankie's shadow loomed long and hard across a multitude of styles, with enough true grit and authority to carve out a top tier reputation. Compared in the same exalted breath as Rod Stewart, Paul Rodgers, Terry Reid and Joe Cocker, Frankie quickly established a reputation second to none. Originating from Glasgow, Frankie's first brush with fame came via Jude, a supergroup, including guitarist Robin Trower, which inexplicably failed to connect with the public. It was, however, enough of a career boost to secure him a solo recording contract with Chrysalis records and the release in 1973 of this, his debut album, 'Once In A Blue Moon'. The record was lauded by critics and supporters, yet inexplicably failed to sell at the time. As a mixture of hardnosed blues and gritty R&B it established Miller as a real force in British rock, with most supporters predicting a bright future. The album was record at the famed Rockfield studio in Wales, backed by pub rock stalwarts the Brinsley Schwarz group and produced by their manager Dave Robinson, a man who would later go on to form Stiff Records. With tight arrangements and gritty instrumental support, the album focussed on an earthy blues rock, allowing Miller's voice to take centre stage. It also highlighted his compositional skills, setting up a reputation for writing material that would find many varied and successful outlets over the years.
This website uses cookies to personalize content and analyse traffic in order to offer you a better experience.
I accept Learn More
back to top