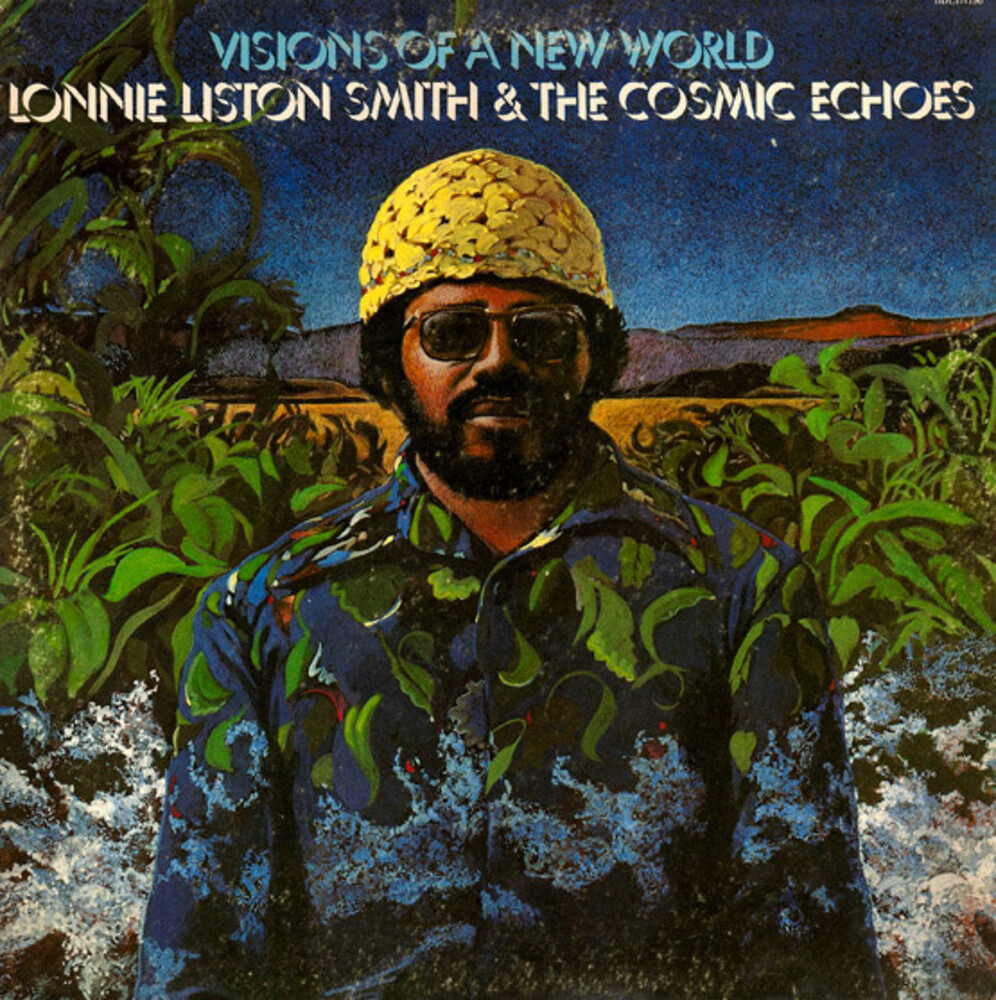 Visions Of A New World
Artist: Lonnie Smith Liston
Format: Vinyl
New: OUT OF STOCK. Contact us for availability.
Wish

Pianist Lonnie Liston Smith began his true professional career with Pharoah Sanders and then moved on to the very electric Miles Davis band before embarking on his own journey - one that took him deep into the waters of pop music and disco by the late '70s. On Visions of a New World, Smith, accompanied by his working unit the Cosmic Echoes, digs deeper into the soul-jazz vein that he had begun exploring on Expansions and Funk Extraction in 1973 and 1974, respectively. In 1975, Smith was looking for a smoother, more soulful groove than he had displayed previously. Elements of the earlier band are in evidence: Vocalist Donald Smith is still on board, as are Dave Hubbard and Cecil Bridgewater on horns. Reggie Lucas even helps out on guitar in one or two places, and Ray Armando helps the percussion section. Despite these fiery players, the music here is strictly a late-night seduction/meditation groove. Tracks like the opener, 'A Chance for Peace,' keep the funk in mid-tempo while rounding off the edges, but 'Love Beams' sounds exactly like it's name. 'Colours of the Rainbow' is a duet between Donald and Lonnie on keyboard and vocals, and 'Devika' is the first place where the groove exceeds the mood. Latin rhythms, loosely woven horn lines, funky backbeats, and a slinky melody bring the whole thing up a couple of notches. The only other place the album heats up is on the final two tracks: the second part of the title suite - when Donald Smith stops singing - and 'Summer Nights,' when the concentration is on pure movement and sweaty, shimmering late-night funk.