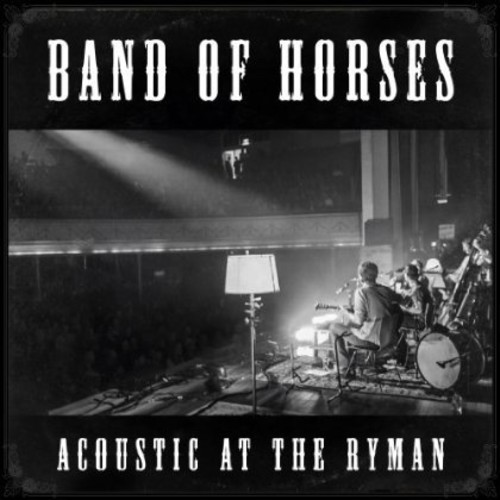 Acoustic At The Ryman [Vinyl]
Artist: Band Of Horses
Format: Vinyl
New: OUT OF STOCK. Contact us for availability.
Wish

Having captured this two-night stand's worth of singular performances that the Nashville Scene said "brought to mind the best efforts of Eagles and Crosby, Stills and Nash," Band of Horses set about translating the energy and electricity of The Ryman document into the closest possible experience to having been there. Using the latest hardware from DSD recorder manufacturers Mytek, Band of Horses mixed the record in the band's hometown haunt of Charleston Sound. As a result, Band of Horses: Acoustic at the Ryman is one of a mere handful of non-Classical/Jazz albums mixed and mastered in the DSD format, capturing the ragged magic of an unforgettable performance in dangerously pristine quality.