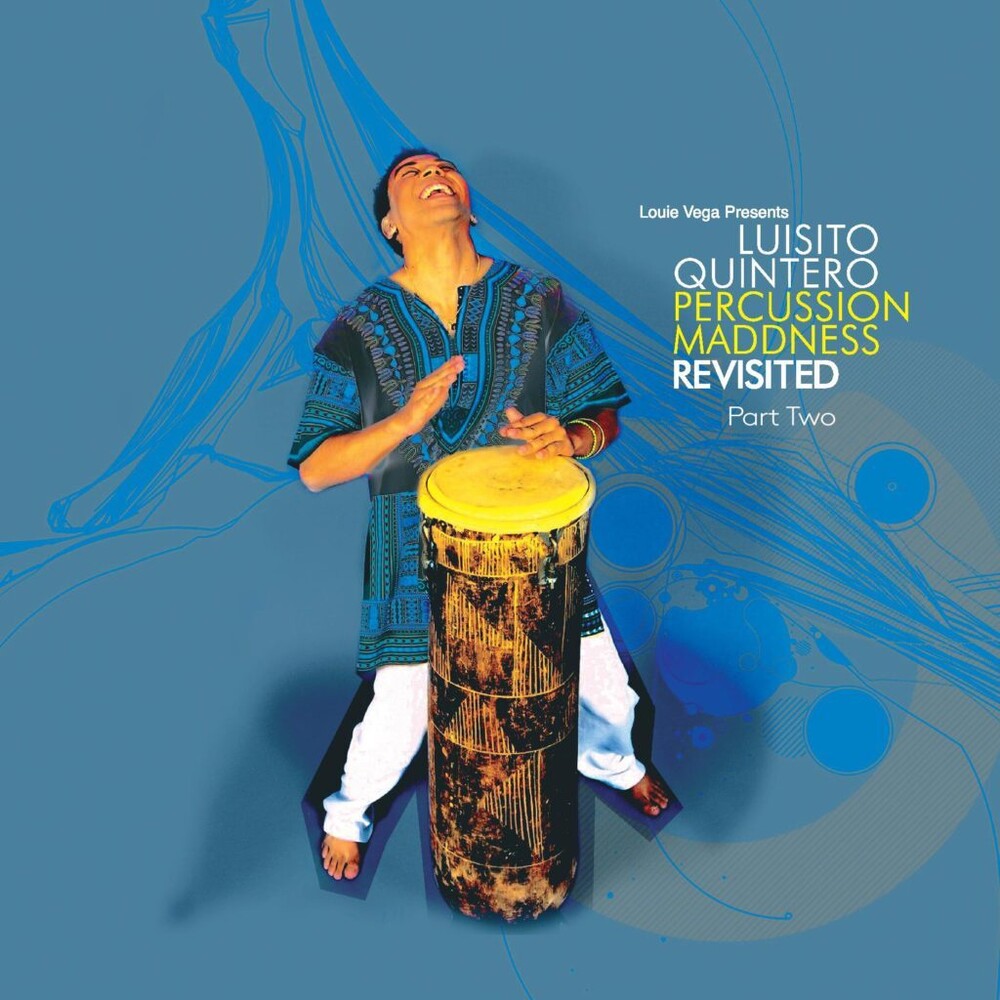 Grammy award winner & multi Grammy nominated artist Luisito Quintero grew up with the Latin American and African traditions of percussion. His father is just as much a percussionist as his uncle Carlos Nene Quintero and his cousin Roberto Quintero. He became a member of the Orquesta Simfonica de Venezuela, but soon appeared with ensembles such as Grupo Guaco and El Trabuco Venezolano, and toured with Oscar D'Leon. He then moved to New York, where he initially worked with Latin jazz musicians such as Willie Colon, Eddie Palmieri, Tito Puente, and Celia Cruz. He then turned to the fusion of jazz, funk, salsa, and African music and performed with George Benson, Herbie Hancock, Ravi Coltrane, and Toshiko Akiyoshi, but also with pop musicians such as Gloria Estefan and Marc Anthony. Vega Records are proud to present his new vinyl release 'Percussion Maddness Revisited: Part Two'. From the Osibisa remake by Luisito Quintero 'Music For Gong Gong' to collaborations with the Great Richard Bona, Latin Jazz legend Hilton Ruiz, and salsa veterans Jose Mangual and Milton Cardona, you can see the caliber of musicians that make up this timeless piece. For the Afrohouse heads you have the new track 'Yemaya' featuring Nina Rodriguez and remixed by Afrohouse king Manoo. Prepare for the sonic fun with vinyl pressings by Optimal.