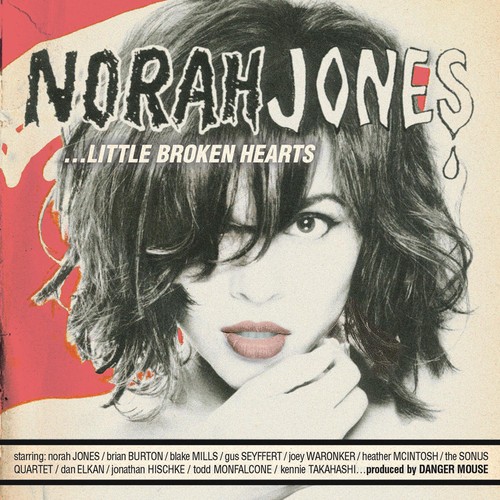 Norah Jones presents LITTLE BROKEN HEARTS, her stunning new album produced by Danger Mouse (aka Brian Burton), which features original songs co-written by Jones and Burton. LITTLE BROKEN HEARTS is the fascinating next step in the artistic evolution of one of the music world's most consistently intriguing singer/songwriters. Jones first emerged on the world stage 10 years ago this month with the February 2002 release of COME AWAY WITH ME, her self-described "moody little record" that introduced a singular new voice and grew into a global phenomenon, sweeping the 2003 Grammy Awards and signaling a paradigm shift away from the prevailing synthetic pop music of the time.