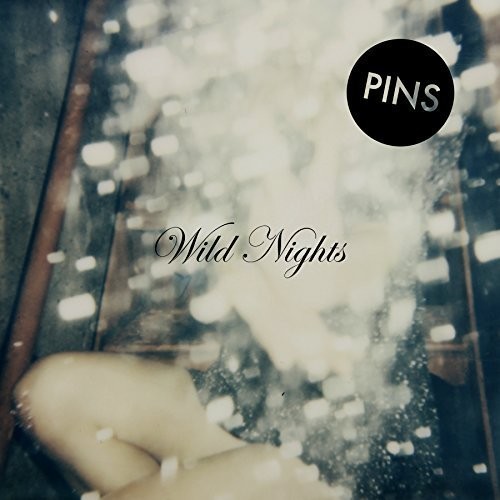 Accumulating high praise and a growing fanbase for their debut album Girls Like Us, along with packed out headline shows and tour dates supporting the likes of Crocodiles, Sleigh Bells, Warpaint, The Growlers and The Fall, tight-knit girl gang Pins have had quite a two years.

Following on from their first West Coast tour and performances at New York’s CMJ festival at the end of last year, Pins previewed songs from their new album at three sold out UK shows last week and have just been announced to support Sleater-Kinney on their March tour and Drenge on their April tour. Full live dates are as follows:
With a slow motion video, which sees Pins, dressed exclusively by Saint Laurent, cut between visuals of screaming and swearing girls amidst overflowing glitter and powder, ‘Too Little Too Late’ is the perfect taster of the band’s new album. Premiered this week on March Riley’s 6Music show, opening with a fearless drumbeat and heavy bassline, the track slows into a sparse momentary instrumental before reverting back to Faith’s alluring vocal and finally stampeding heavily into a fuzzed up sound clash of guitars and drums.
Recorded in Joshua Tree at Rancho De La Luna with Dave Catching (QOTSA, Eagles of Death Metal) and Hayden Scott, and mixed in New York with Ben Baptie at Atomic Sound NYC (Mark Ronson), Pins second album Wild Nights is the 2nd album released through Bella Union.