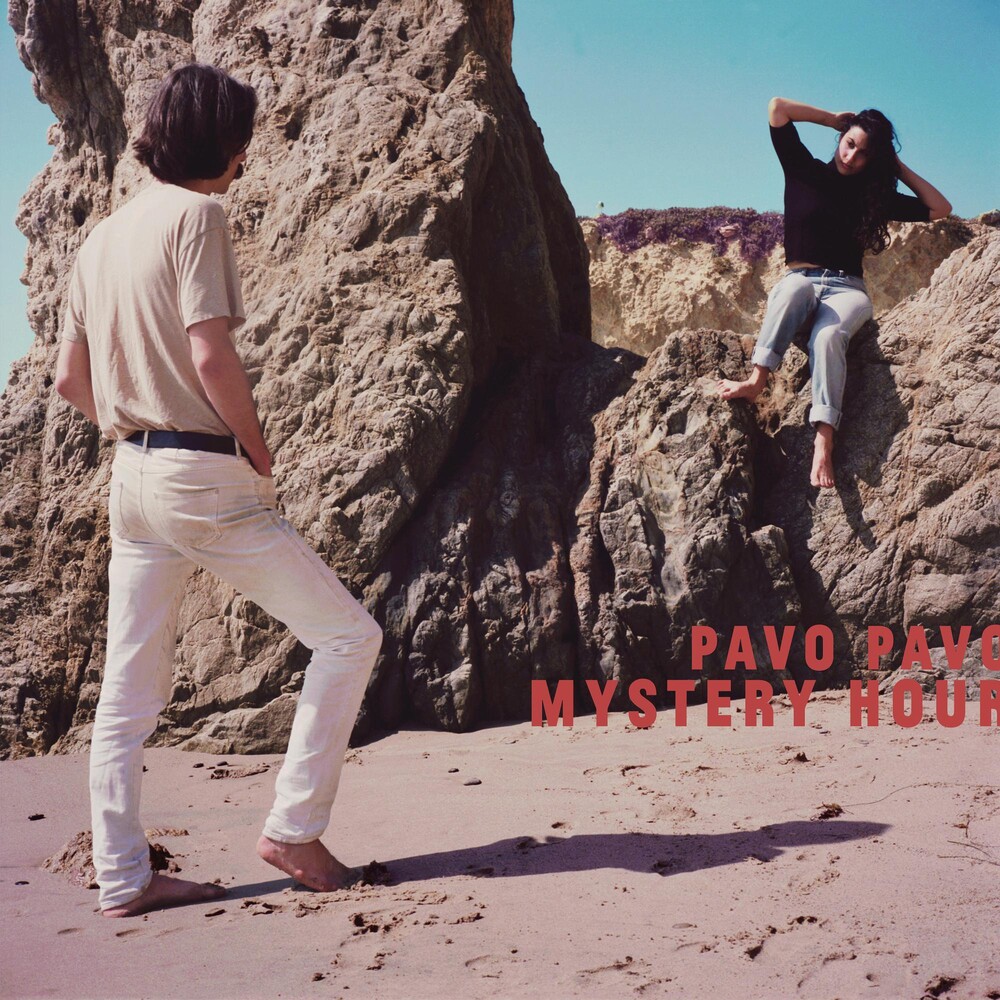 Pavo Pavo is the recording project of Oliver Hill and Eliza Bagg. On their acclaimed 2016 debut, Young Narrator in the Breakers, Eliza's effervescent soprano was compared to "a lovelorn alien reaching out from the farthest reaches of the galaxy" (Pitchfork), and the elegant, symphonic arrangements were described as "weightless pop that sounds like it was beamed down from a glimmering utopian future" (Stereogum). Mystery Hour, the band's second album, is a focused, widescreen development. Channeling the narrative drama of Oliver and Eliza's changing relationship, it is an uncategorizable record that's both maximal and compact, a fever dream filled with cinematic imagery and rooted in acute emotion, written as the two were separating after a six-year relationship.