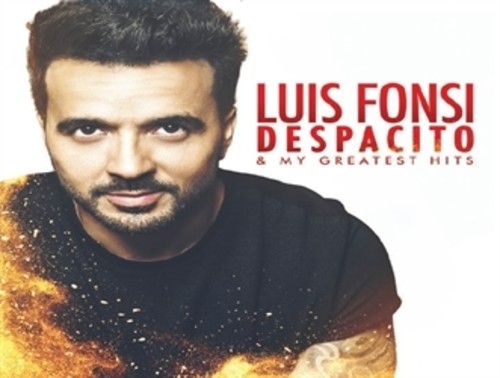 "Despacito" has been a viral musical phenomenon that has not stopped playing across the world. Shortly after it's release, this contagious song set off unprecedented success: it was the first song sung in Spanish to reach number one on the Billboard Hot 100 in more than 21 years. Fonsi celebrates his 18-year career with a new album: Despacito & mis grandes éxitos. As it's name indicates, in addition to the mega hit "Despacito," the album lists hits that catapulted his career, such as "Imagíname sin ti," which was the first song of his recorded for a telenovela, and opened the doors to the markets in Latin America and Spain. Among the singer's newest collection of 19 songs is also "Nada es para siempre," that was part of the successful telenovela Rebelde, and as a result, was sanctified as a romantic ballad. And you can't miss some of his iconic duets, like "Todo vuelve a emprezar," with Laura Pausini, which highlights his powerful vocal range. Despacito & mis grandes éxitos is a compilation of Fonsi's greatest hits, such as "No me doy por vencido," which was a big commercial success in and outside the United States, and led to him singing at the 2009 Nobel Peace Prize concert. As if all of this wasn't enough, the album opens with the original version of "Despacito" and closes with a remix, this time a salsa ballad, of that same song... The most played in the world