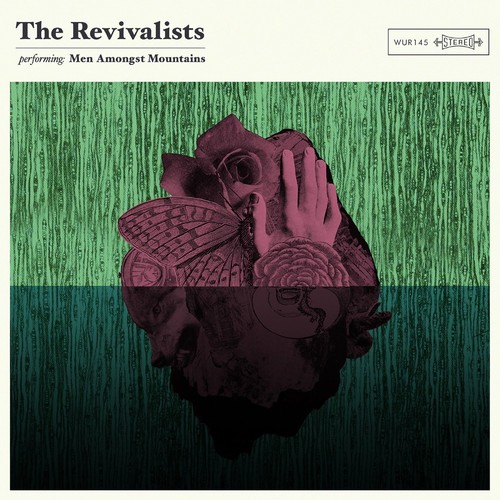 Double vinyl LP pressing. 2015 release from indie outfit. Men Amongst Mountains is an album about growth. It is appropriate, then, that the band set out to challenge itself while writing and recording the album. The Revivalists cloistered themselves within the intimate confines of Bogalusa, LA's Studio in the Country (finishing touches were added closer to home at New Orleans' Esplanade and Living Room Studios) for nearly two weeks while recording Men Amongst Mountains, taking advantage of the studio's generous acoustics by setting up in a single room and recording to tape in an effort to induce a more performance-based sensibility. The result is an album which, while not entirely devoid of overdubbing and production, leans first and foremost on capturing authentic moments in warm, rich tones and with a distinctly raw, old-world feel. Mirroring the broader themes which connect the individual songs on the album, the recording and instrumentation on Men Amongst Mountains represents the next step in The Revivalists' ever-evolving depth and maturity. Like the band's vaunted live shows, Men Amongst Mountains can and will turn on a dime. The gentle gives way to the heavy, the acoustic to the orchestral. Despair becomes hope. Fire becomes light. At times, the obstacles and troubles in our lives can make the world seem impossibly, hopelessly big. Men Amongst Mountains, ultimately, is about the journey that makes us greater than the mountains standing in our way.