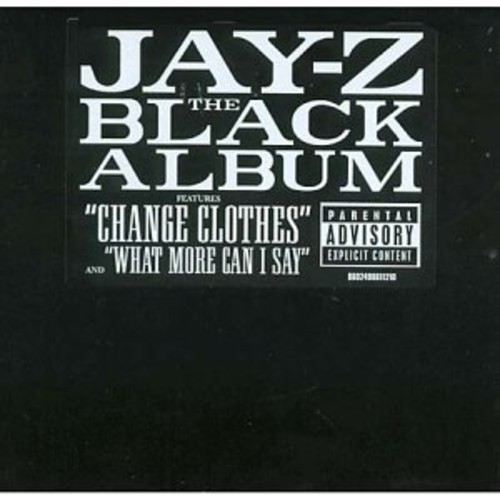 The Black Album is the eighth studio album by American rapper Jay-Z, released November 14, 2003, on Roc-A-Fella Records. It was promoted as his final studio album, which serves as a recurring theme, although Jay-Z returned to solo recording with Kingdom Come in 2006.The album debuted at number 1 on the Billboard 200 chart, selling 463, 000 copies in it's first week. The Black Album has sold 3, 516, 000 original copies in the United States as of July 2013. It produced three singles that attained Billboard chart success, including Hot 100 top-ten hits "Change Clothes" and "Dirt Off Your Shoulder".Upon it's release, The Black Album received acclaim from music critics. It was nominated for a Grammy Award for Best Rap Album at the 47th Grammy Awards, [4] ultimately losing to Kanye West's The College Dropout. The album was ranked #349 in Rolling Stone's list of the 500 greatest albums of all time.Jay-Z had announced that The Black Album would be his final album. He went on a retirement tour following the release of the album, but he later came out with releases of various songs and collaborations.