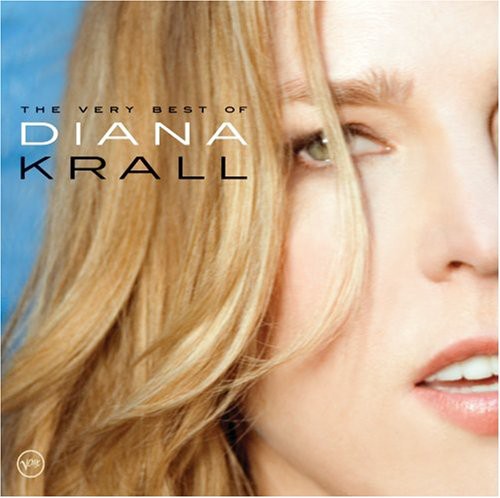 ''The Very Best of Diana Krall'' is the eleventh album by Canadian jazz pianist and vocalist Diana Krall, released in 2007.

On the U.S. Billboard 200 chart, the album debuted at number 19, selling about 30,000 copies in its first week.''Billboard'' ranked album at number 33 on the magazine's Top Jazz Albums of the Decade. - Wikipedia

Diana Krall is the rare jazz musician whose artistry seems to grow along with her popularity. In little over a decade, she's blossomed as a pianist while she's honed a pleasant vocal style that's palatable enough for TV soundtracks and Lilith Fair but nuanced enough to set her apart from any lite FM murmurers. Only a few particularly blinkered critics still chalk up her crossover appeal to her easiness on the eyes or ears, and this career-summing compilation should shut them up permanently.

Granted, with a track list beginning at "'S Wonderful" and ending with "Fly Me to the Moon," and coming up a little short in between on her own singer-songwriter material, this compilation is a little safer on its face than Krall's career might warrant. But if there's something commercially expedient about assaying Gershwin and Porter this late in the day, there's something artistically gutsy about risking comparison to one's vocal predecessors. And while Krall may not make each of these tunes her own, she does find her own personal nook within each.

That would be accomplishment enough, but Krall also expands the American songbook to bring in less canonical songwriters. Here that includes Tom Waits, courtesy of a previously unreleased version of "The Heart of Saturday Night." (The two other new tracks are "Only the Lonely" and "You Go to My Head.") And the most exciting thing about The Very Best of Diana Krall isn't its survey of where she's been, but its hint of where she might go next.