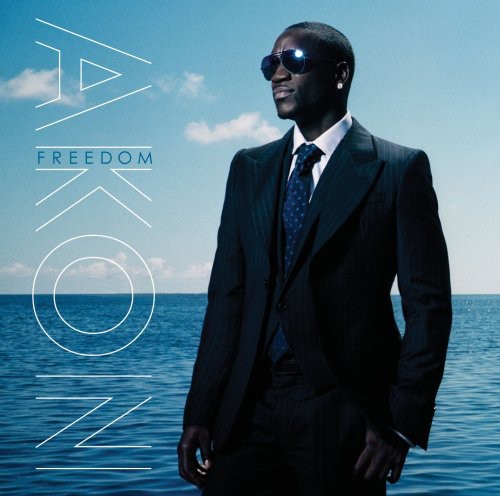 The 13 tracks on Freedom show a marked growth in Akon's career, exemplifying the more dance-friendly side of the artist. Not to be mistaken: Akon hasn't abandoned his hip-pop and R&B roots, as the album features guest spots by Lil Wayne, T-Pain, Young Jeezy, Kardinal Offishall, Ray Lavender and Wyclef Jean.

''Freedom'' is the third studio album by singer, Akon. The album was originally named ''Acquitted'', however Akon changed it due to its negative connotation. It was released as a download on December 1, 2008, and in stores December 2, 2008. Although there are some vulgarities on ''Freedom'', it does not carry the Parental Advisory warning, making it Akon's first album not to do so. - Wikipedia